April 12, 2018 – Realtors in Uganda anticipate little impact on the business, from a proposed […] 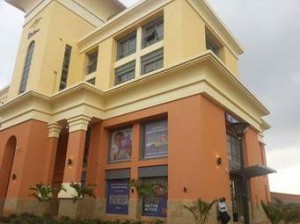 April 12, 2018 – Realtors in Uganda anticipate little impact on the business, from a proposed law supposed to control dollar denominated transactions in the property market.

Responding to an outcry from retail tenants in commercial property, the cabinet this week approved the Landlord-Tenant Bill 2018 that has been reported by media as banning dollar denominated tenancy agreements without the consensus of both parties.

But realtors see little change. “Contrary to what is being reported, the government has not banned USD rents but rather proposed that rents can be paid in other currencies subject to mutual agreement. The Key word is mutual agreement which has been the practice especially in the upscale market from time in memorial,” says Moses Lutalo the country manager for Broll Property Group in Uganda.

Lutalo says while the media’s interpretation of the proposed law may cause some short term panic in the market, it is unlikely to have prevail for long. “it may cause some panic in the short term especially investors taking a wait a see attitude towards Uganda’s real estate sector but if one looks at the bill in detail, nothing has changed with regards to payment of rent is USD. It is a question of demand and supply,” he adds.

Lutalo argues that investors in real estate choose to use dollar denominated base prices for rent to mitigate against foreign exchange risk. This has enabled the industry to access business finance on reasonable terms he adds.

“The shilling has continued to depreciate over the years against the US dollar,” he explains “and most of the investors want to hedge against this. They are looking for risk adjusted returns. On another hand, is the ability to attract reasonable cost of financing in Uganda and as such most developers prefer financing their real estate investments in USD since interest rates tend to be lower especially if off shore financing is considered.”

According to Lutalo, banks cannot lend to the sector in US dollars against shilling based cash flows.

“This automatically means that; for as long as the investors have financed their developments in USD, the rent will be charged in USD and this is not yet illegal in Uganda,” he concluded.

Although sections of the media have reported that the bill bans landlords from charging rent in dollars, a cabinet brief on the proposed law lists its objectives as to define the duties and responsibilities of landlords and tenants in respect of rentable premises; promote access to adequate housing and other rentable premises; to create a mechanism for proper functioning of the rental market for both housing and other commercial premises; to establish a landlord-tenant dispute resolution mechanism and, to repeal the Rent Restriction Act caption 231 and Distress for Rent (Bailiffs) Act caption 76.

256 BN will publish further insights into the likely impact of the proposed changes in the coming days.