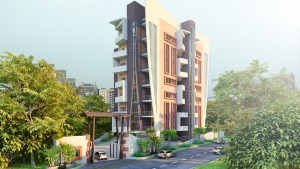 February 14–The construction sector was the largest single contributor to the rise of bad loans during financial year 2015/16 in all sectors of the economy, according to a new report published by real estate consultancy firm, Knight Frank. However, property owners are also not pleased with a proposal to halt US dollar rent payments.

Provisions necessitated by non-performing loans (NPLs) contributed to a decline in the banking systems’ returns on assets and equity. The report states that for the second half of 2016, the property market had generally been underperforming owing to slow economic activity which has seen potential real estate property investors halt their plans as they study the situation.

“The overall future of the real estate market sentiment is mixed with Bank of Uganda revealing that as domestic demand picks up, the economy is projected to grow at 5.0% in FY 2016/2017 compared to the World Bank estimate of 5.5% for the same period, ‘ the report titled Uganda Market Update H2 2016’ reads in part.

However, KF says after the government issued more oil production licenses late last year, the first and second quarters for 2017 are expected to witness a jump in the demand for both residential and office space. An influx of foreign expertise will need accommodation.

But the current draft Landlord-Tenant bill which seeks to legislate the abolition of dollar denominated rentals is causing mounting concern in the sector. This is because many developers’ investment financing is in foreign currency.

The construction was also hit by higher prices for materials. The Construction Sector Annual changes reveal that the input prices for the whole construction sector (that includes material prices, wage rates and equipment hire rates) increased by 0.8% year-on-year in September 2016.

This increase was attributed to a 13.5% rise in prices of inputs for residential buildings. On the other hand, monthly changes in average input prices for the whole construction sector, showed that there was a decrease of 0.3% year on year in September 2016 compared to a 0.5% decline in August 2016. The decline in September was due to a fall in prices of iron and steel, lime and bitumen by 0.5%, 0.3% and 9.8% respectively.

KF says activity in the residential sector was relatively slow, forcing property owners to set more realistic prices with a correction of between 10% and 15% hence driving up the demand in enquires for properties in prime residential locations of Kololo, Mbuya, Naguru and Nakasero in H2 of 2016.

KF registered an increase in the number of queries for properties in prime residential locations, Kololo, Mbuya, Naguru and Nakasero in the second half of 2016. Apartments are being preferred as opposed to standalone houses, because prospective tenants seem them as more secure and they can cooperate on such services as garbage collection and security.

However  to revamp the situation in the real estate sector, the report points out that since increased public infrastructure spending is expected to support economic growth, the country should endeavor to achieve at this front if the property markets are to register any growth going forward. Unfortunately for Uganda, it has been underperforming and under executing projects and the report warns that failure to correct this would constrain the projected economic growth thereby limiting the growth in the real estate sector as well