August 14, 2018—The pace of economic expansion stayed robust in the last quarter of the 2017 financial year as the country closed with a GDP growth rate of 6.5 per cent writes Henry Kamuntu. 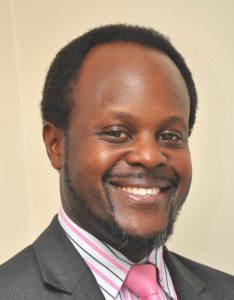 Kamuntu says while attention should constantly be directed towards limiting national debt, major infrastructure projects can have a multiplier effect on Uganda’s economic growth.

With the economy on the mend, Government passed a record 32 trillion budget indicating it plans to invest considerably in oil related infrastructure projects over the next couple of years. This on top of the increased spend in energy and transport infrastructure means the country will double the current power output and build hundreds of kilometers of new roads and bridges. All these projects once completed should go a long way towards changing the socio-economic dynamics of our country by significantly accelerating (GDP) growth.

With servicing of national debt becoming a major concern, now accounting for the second largest ticket item on the recurrent national budget we need to urgently address the question. Is this the appropriate time to continue or even increase the massive investments in infrastructure spending?

Whereas it is okay to start worrying about the national debt, we must also take into account the opportunity costs associated with not doing some of the crucial projects in terms of capital inflows lost, the thousands of potential jobs and skills transfer all of which drive economic growth. Secondly it’s necessary to remember the longer we take to implement many of these projects, the more expensive they become.

From a skeptics point of view it’s very easy to say the massive debt is fast becoming unsustainable and before you know it we will soon be in a situation where we cannot manage the repayments thereby unnecessarily burdening future generations.

Besides, more often than not large scale infrastructure projects generally take longer than planned to complete leading to massive cost overruns and other delays further adding onto the already substantial debt.

Experts estimate the incremental project cost arising out of delay to implement these infrastructure projects to be in the region of about 8 percent to 10 pc a year after you factor in inflation and exchange rate loss.

Just to take one example, 15 years ago, Karuma hydro power project was budgeted at $300 million at an exchange rate of below 2,000 to the dollar. Today the project is being executed at a cost of $2.2 billion and at a rate of 3,700. If it was done then, the tariff would have come down sooner and it would have already paid for itself through the accelerated economic growth. 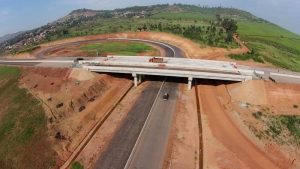 Completion of the Kampala-Entebbe Expressway has meant motorists can get to the international airport much quicker than before.

So what should we do you might ask?  Which is the lesser of the two evils? We all know the infrastructure is badly needed, but it is also evident we might face challenges paying for it especially if the expected growth does not materialize.

Being more prudent with how we structure our debt repayments going forward is one such way. This is what was done when Stanbic Bank Uganda and a consortium of banks arranged the swap of a large portion of the debt Government which it had borrowed for the Karuma Dam project. Under the terms of the swap interest of $645 million of the $1.3 billion loan was fixed for the 15 year duration of the loan.

By arranging the swap and fixing the rate at 6% the bank was able to effectively eliminate the risk of upward movements of the London Interbank Offered Rate (LIBOR). LIBOR is a benchmark rate that some of the world’s leading banks charge each other for short-term loans.

This is important because respected economists predict LIBOR will go up at least four times this year increasing by as much as 2.5 percent. If historical LIBOR trends are used as a basis out of the $645 million debt that was swapped we estimate the Ugandan taxpayer will save up-to $100 million over the duration of the loan.

Another solution might be to adopt the suggestion of the Permanent Secretary Ministry of Finance Keith Muhakanizi who advised Government to stagger future mega projects so the impact of the repayments is cushioned over time.

Whether or not we continue the current infrastructure development at the current pace or slowdown is a debate that will most likely rage on for years to come. The reality we face as Ugandans is that we have a critical infrastructure deficit that must be filled so as to drive economic growth to the levels which can sustainably support our rapidly growing population.

We are already starting to see benefits with the recently launched Entebbe express way that has cut the time of travel between Entebbe International airport and Kampala to less than 45 minutes. It should not be a question of how much debt we are accumulating, but whether the heavy infrastructure projects are going to drive the growth that the economy needs in order to sustainably pay off debt.