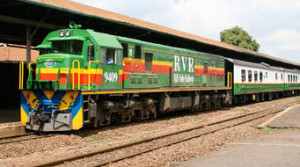 When it took control of the concession towards the end of 2010, Qalaa, formerly Citadel Capital had said it was looking at a tenure of 10-15 years for its investment in RVR where it currently controls 85pc of the stock.

256BN however has it on good authority that the venture capital fund has decided to vacate its position in RVR and is already in talks with prospective suitors. In its 2016 Q1 results, Qalaa classified the investment in RVR as “liabilities held for sale.”

In a management comments on the results, Qalaa goes on to explain that management had reached the conclusion that additional capital was required to pull the company out of weak operational performance and continuing unprofitability.  And because of the Qalaa’s new strategic direction of allocating full capacity and resources to core energy units, “management decided to categorise RVR as a discontinued operation with its consolidated debt of EGP 1.7 billion now classified as liabilities held for sale,” the report says.

Qalaa says it has decided to relinquish insolvent investments as part of efforts to stabilise profitability while redirecting resources to value adding projects with better prospects.

The divestment from RVR appears to continue a strategy that started in 2015 where Qalaa divested from a number of units including ASEC MINYA, ASEC READY MIX, MISR QENA CEMENT, RASHIDI EL-MIZAN and TANMEYA&MASHREQ. During the quarter under review, Qalaa also concluded the divestment of MISR GLASS MANUFACTURING and TANMEYAH MICROENTERPRISE SERVICES, achieving EGP46million in net capital gains.

Putting RVR off the books reduced the transport division’s contribution to Qalaa’s revenues from 9pc in 2015 to just 1pc in QI 2016.

RVR had also become a liability, contributing a significant portion of Qalaa’s losses. According to the report by March 31, losses from Qalaa’s discontinued operations stood at Egyptian pounds 93.9 million during quarter one with Rift Valley Railways contributing at least EGP 68 million.

Divestiture from RVR comes on the top of a $287 million investment programme that has improved the rail operator’s key metrics but required further investment to consolidate the gains. It also comes after the Kenyan government had announced plans to move its 600 million barrels of newly discovered crude to market using a combination of road and rail. According to analysts, this creates an opportune moment for existing investors to exit the concession with prospects of a good return.