May 11—Qalaa Holdings, an equity firm heavily invested in Africa’s energy and infrastructure development, is at […] 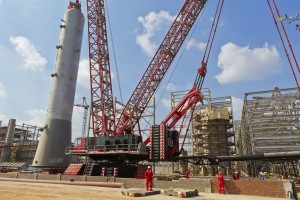 Qalaa is involved in Africa’s biggest refinery which will cost $3.7 billion when completed.

May 11—Qalaa Holdings, an equity firm heavily invested in Africa’s energy and infrastructure development, is at the centre of Egypt’s latest gas and electricity projects. The listed company is based in Cairo, Egypt.

Qalaa’s investments are held under three separate subsidiaries led by the Egyptian Refining Company (ERC). ERC is building a state-of-the-art $3.7 billion refinery (the largest in Africa) that will produce 4.2 million tons of diesel.

TAQA Arabia is Egypt’s largest independent energy distribution company and Tawazon is a market pioneer in the production of biomass and other alternative fuels.

“While access to electricity in sub-Saharan Africa has more than doubled in the past 15 years growing from 14% in 1990 to 35% in 2014 the number of people who have no access to the electricity grid is still well below other developing regions with total electricity capacity per capita standing at 0.4 MW per 1,000 people; a third of the capacity of South Asia and a tenth of the capacity of Latin America. So Africa is basically where China stood 30 years ago,” Sadek said.

Participants at the forum discussed cooperation and knowledge sharing between Africa and the Nordic countries in key sectors such as infrastructure, energy, education, healthcare and ICT.  Qalaa is the major shareholder in Rift Valley Railways.

Sadek said while Africa is home to some of the world’s fastest growing economies, the lack of affordable and reliable energy is hindering its ability to achieve sustainable economic growth. 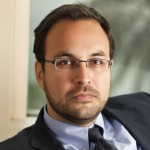 However, Sadek said the challenges also present ample opportunities for investment in both conventional and alternative energy.  Solutions include off-grid solar technologies, well-suited to connecting rural households more quickly and cheaply in areas where centralized grids are slow and expensive to deploy.

“Addressing Africa’s energy deficit whether through renewable or traditional solutions will require capital that governments on their own will not be able to deploy which is why the private sector must work with African governments to develop transformative energy projects,” Sadek said.

Sadek echoed much of this during another business forum held at the British University in Egypt. “There is no denying that there are significant challenges associated with investing in Africa, but the long-term fundamentals which include readily available resources, improved governance, and the world’s largest working-age population mean that there are also very real opportunities particularly when it comes to the energy and infrastructure sectors,” he said.

Sadek said today the annual infrastructure deficit in Africa stands at more than  $93 billion, of which $17 billion is needed urgently to redress the existing efficiency gap in power generation.