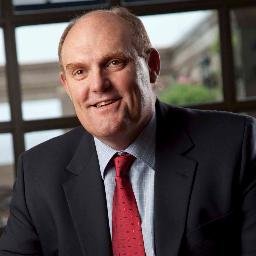 Boegman says African company heads have to capitalise on the opportunities.

May 9—Eighty five percent of African CEOs (equal with the global sentiment at also 85%) are confident in their own company’s prospects for revenue growth over the next 12 months according to the latest Africa Business Agenda report published by financial services firm PwC.

This is in spite of the fact that only 30% of CEOs in Africa (29% globally) believe the world economy will improve in the next year.  No less than 97% of these top bosses (91% globally) are confident about the prospects for their own company’s growth in the medium term.

“This level of optimism is the highest recorded since we started our research on Africa CEOs in 2012. However, in the past year we have seen a change in the outlook for some countries as external developments impact many of the drivers of Africa’s growth,” Hein Boegman, CEO for PwC Africa said.

A chief executive of a Kampala-based FMCG enterprise told 256BN, “The opportunities are there, but what gets in the way are the bottlenecks caused by lack of government policy or too much regulation and bureaucracy that makes it expensive to exploit those same opportunities. It takes time, but if you convince enough influential people business can expand pretty fast,” he said.

The report suggests that one of the reasons for such optimism on the African continent is that CEOs have learned to look for the upside and seize on opportunities that may arise in the face of uncertainty.

In the wake of climate of muted growth, CEOs have also acknowledged that while they focus on organic growth and cost reductions, they also need to prioritise investment in new strategic alliances and joint ventures to expand their markets and grow their customer bases.

According to the survey, organic growth (Africa: 80%; Global: 79%) and new alliances (Africa: 69%; Global: 48%) are the top activities CEOs are planning in order to drive corporate growth or profitability.

Boegman said, “As countries around the globe try to make sense of the increased levels of risk and uncertainty that have gripped the world, Africa needs to continue rising by capitalising on all the opportunities that lie ahead.”

The Agenda compiles results from 80 interviews with CEOs across 11 countries in Africa and includes insights from business. The results are benchmarked against the findings of PwC’s 20th Annual Global CEO survey of 1 379 CEOs in 79 countries conducted during the 4th quarter of 2016. The Agenda provides an in-depth analysis and insights into how businesses are adopting to meet the challenges of operating in Africa.