July 12—On July 13, a public hearing will take place at the United States Trade Representative […] 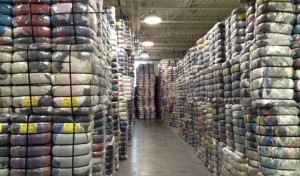 For the Americans this is a multi-billion business.

July 12—On July 13, a public hearing will take place at the United States Trade Representative (USTR) headquarters in Washington D.C. to help reach a decision on whether Rwanda, Tanzania and Uganda should be penalized for a proposal to ban secondhand clothing and footwear imports from the US. Kenya managed to wiggle itself out of this scrutiny due to some quick political footwork and an official climb down.

By early this week, it was not clear if the three countries would send observers to witness the proceedings. 256BN failed to get any Uganda government official willing to speak authoritatively on the issue.

The ultimate punishment is being taken off the list of African countries allowed to export to the US market on a duty/quota-free basis, through the African Growth and Opportunity Act (AGOA).

In March 2016, meeting under the auspices of the East African Community Summit, the regional presidents agreed that one way to support domestic textiles and garment industries, is drastically limiting imports of all used clothing. A full ban was due to come into force by 2019.  The US just happens to be a leading exporter of these items.

Soon after, through an umbrella organisation, Secondary Materials and Recycled Textiles Association (SMART), several American used clothing firms began to exert pressure on the US government to convince East African governments to reverse their decision. The East Africans reply that it is impossible to build local capacity without limiting imports.

SMART claims any limits placed on their products will impose a significant economic hardship on the US used clothing industry. However others like the US Fashion Industries, Retail Industry Leaders Association and National Retail Federation have said the SMART move is heavy handed. Rwanda has already insisted its plans for a ban will not be altered.

The out-of-cycle review will assess the allegations contained within the SMART petition and review whether Rwanda, Tanzania, and Uganda are adhering to AGOA’s eligibility requirements.

Kenya scrambled to get out of the firing line by back-tracking on the EAC Summit decision when the possible repercussions were fully explained to the government  via US diplomatic officials in Nairobi. In 2016, various Kenyan companies, especially in the textiles and garment sector, exported nearly $400 million of merchandise.

Last month, the USTR agreed to take up the issue and announced the beginnings of an out-of-cycle review of the eligibility of Rwanda, Tanzania, and Uganda to receive benefits under AGOA.  Kenya was excused after officially dropping plans to tamper with business.

In order to qualify for AGOA trade benefits, partner countries must meet certain statutory eligibility requirements, including making continual progress toward establishing market-based economies, the rule of law, political pluralism, and elimination of barriers to U.S. trade and investment, among others.