KAMPALA, JANUARY 03 – Just like it has helped Rwandair grow to a fleet of ten […] 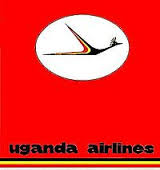 KAMPALA, JANUARY 03 – Just like it has helped Rwandair grow to a fleet of ten aircraft over the past seven years, regional trade lender the PTA Bank is poised to play a critical role in the re-establishment of Uganda’s national carrier – Uganda Airlines.

Details of the fleet such as aircraft type and numbers are yet to be firmed up but a figure of $400 million was at some point floated as the projected seed capital for the project.

256BN has learnt from sources close to the national carrier project that the PTA Bank was ready to fund the acquisitions the moment Uganda has decided on the kind of airline it wants. It is understood that before cabinet stepped in 2015, the Uganda Development Corporation UDC which had been driving the projected had zeroed in on Bombardier’s Canadair Regional Jet CRJ-700 series and even booked production slots.

At that point the PTA Bank was just waiting for signatures. Although the scope of the project has since expanded with Uganda now looking at simultaneously launching a full service carrier with a regional and international network, the bank is understood to be willing to help fund the development.

This website was not able to get the details of the likely credit available but if the experience of Rwandair whose development the bank has supported from scratch is anything to go by; the loans are likely to take the form of pre-delivery payments on aircraft and short-term working capital. The bank may also choose to take a small stake in the carrier.

The PTA Bank has been at the forefront of supporting airline development in sub-Saharan Africa lending $660million to airlines in the region over the past decade. Just three airlines – Ethiopian, Kenya Airways and Rwandair account for 96 percent of those funds with Rwandair taking the lions share. Besides earlier loans that supported lease-purchase of aircraft, the bank last June advanced the carrier $160 million to support the acquisition of a pair of A330’s from European air framer Airbus.