Proposal to tax social media use not punitive

April 6, 2018—Frank Tumwebaze, the ICT minister, has said a proposal by President Yoweri Museveni to tax […] 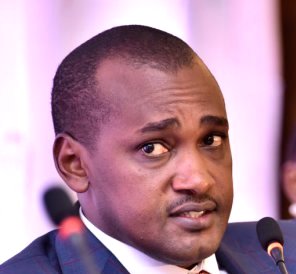 The proposal is aimed at encouraging faster development of local content Tumwebaze said.

“What’s up and Facebook are external products. Ugandans who are gladly using it are only consumers and are indirectly making the developers of these applications very rich. These applications are more of a luxury than a need so we are going to be taxing your consumption of the application,” Tumwebaze said.

He was speaking to  the media shortly after the opening session of the African Telecommunications Union Council of Administration meeting taking place in Kampala.  If implemented, users will part with UGX100 (less than 1 US cents) per day to use any of those applications

Tumwebaze said the President’s proposal is ‘brilliant’ and long overdue, however if implemented will not affect internet or information access as insinuated by those against the proposal.

He said the government would wish to see Ugandans coming up and developing their own local applications which will then be not taxed like China is doing with WeChat instead of using WhatsApp.

“This tax proposal is not for boasting revenue collection. We want to tax those applications so that even our local technology innovators can have a chance to produce their own apps” Tumwebaze said

He added that the tax will not be double taxation because they are not taxing internet which is just an enabler, but taxing the social media applications. He said this will not affect other applications like Google.

He said, “We would be taxing the developers of Facebook or WhatApp if they were on the ground, because they are making a lot of money from Ugandans, but since they are not in Uganda, so we will tax their users.:

Commenting on the issue, the UCC Director for Corporate affairs Fred Otunnu said once the tax proposal is confirmed by Parliament, it will be implemented