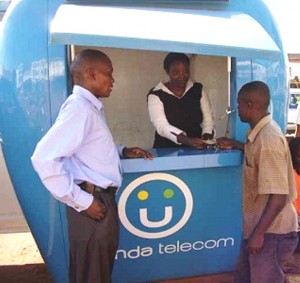 Many years of low investment and suspect management together with instability in Libya have all added to Uganda Telecoms present woes.

January 29—Private telecom operators in Uganda are quietly smarting at President Yoweri Museveni’s solution to help save indebted Uganda Telecom (UTL) by directing all government internet requirements to UTL, yet data services are currently the fastest growing revenue earner in the sector.

“To say we are concerned is putting it mildly. The way I see it, we are being punished for the faults and mistakes in UTL and this is not fair. We may sympathise with their situation, but this is not a sustainable solution,” a senior manager with MTN Uganda, the country’s biggest mobile network, told 256BN.

Another suggested the move may mean competing telecom companies will scale back new investment since UTL has been handed an important monopoly.

At just under 50%, Uganda ranks in the top 10 countries across sub-Saharan Africa for internet penetration. With e-government becoming a central pillar for internal operations and  interfacing with the general public, the data segment of telecom sales has gone up significantly.

An Airtel Uganda official told 256BN, “Its wrong. We are going back to the old days. UTL can exploit the situation anyhow they want and the government customers have no recourse to an alternative provider which could lead to poor services in the long run. Secondly, can UTL really handle all government internet business given its present equipment status?”

UTL owes some $200 million to various creditors, a position worsened in recent years by bad management, and the confusion in Libya over who has the rights to the nominal nearly 70% majority shareholding of the company. Lack of investment in new equipment has meant the telecom firm has fallen behind its competitors in the market, forcing the government to step in during early 2017 and come out with turnaround plan. At the end of April, UTL went into provisional administration.  The government owns just over 30% of UTL.

In a letter dated January 8, 2018, Museveni wants all government agencies and departments to only use the internet provided by UTL. Critics wonder whether the move is a sweetener to bring on a Chinese investor, who  also has plans to set up a mobile phone set assembly operation together with UTL.

Until now, the government policy has been to have an ICT industry that is private sector-driven, with the government’s role being to create an enabling environment. Uganda Communications Commission is supposed to be the regulator, but its views on the issue seemed to have been overlooked.

On the other hand, one policy paper drafted by the Ministry of Information Communication Technology states,  ‘The government is favoring policies and strategies that promote the participation of the private sector in a competitive environment and may in case of national interest pursue a policy and strategy that calls for Public Private Partnerships PPP’s’. Last year, Evlyn Anite, a state minister for privatisation turned the issue of UTL survival into b a patriotic issue.

Museveni has suggested all UTL debts be turned into equity, something many creditors may not find very appealing considering the duration of time before UTL is turned around. However the President’s opinion is that UTL’s financial fortunes can recover, but sources at the major rival operators, told 256BN arrears for interconnection fees cannot be handled by so ‘simplistically’.

First mooted last year by the finance ministry, but with slow uptake by government ministries, departments and agencies (MDAs), the directive also places the National Information Technology Authority of Uganda (NITA-U) in a tricky position. As of last year, NITA-U has been internet provider for about 100 MDAs. With the latest directive a duplication of effort has come into play and means a substantial drop in NITA-U’s sources of income. But NITA-U has also been caught up in a controversy over selling internet services to MDAs at inflated prices.