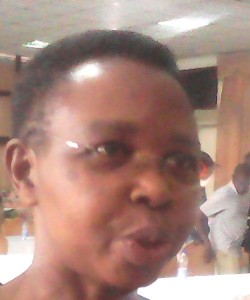 Dr. Kashaija said the disease has already been detected in western Uganda.

October 27—Officials from the National Agriculture Research Organization (NARO) have asked farmers to immediately stop importing potato tubes due to the prevalence of the potato cyst Nematode disease that has already attacked many parts of Kenya.

Dr Imelda Kashaija, deputy director general in charge of agricultural technology promotion at NARO, said the Potato Nematode is a highly destructive potato pest disease that could wipe out a potato field.

“This is quite dangerous. Once it infects a garden, it can last for over 30 years. So far there is no known chemical or biological means for controlling this disease hence it can only be maintained through prevention,” she said.

At between 150,000 and 200,000 metric tonnes, Uganda is the third largest producer of potatoes, (commonly referred to as ‘Irish’), in East Africa after Rwanda and Kenya, and its higher altitude areas are well placed to benefit from growing demand for potato products in the region. Uganda also produces large amounts of sweet potatoes as well mostly for subsistence purposes.

“We have just got this information. Already in Kenya it has already infested all the potato growing counties. Of the 20 countries that were assessed, all of them were effected at 80% to 100%. We are also aware that some of our farmers in Kisoro (a district bordering Rwanda), have been importing potato tubes from Kenya so there is a high possibility that some parts of Uganda that are already affected.”

Due to growing demand, the potato has been identified by the Ministry of Agriculture, Animal Industry and Fisheries (MAAIF) in its Development Strategy and Investment Plan as a priority crop for strategic intervention.

She said NARO has sent out a team to assess the suspected areas especially in Kisoro and eastern Uganda. Once these areas are found to be affected, then a quarantine will be declared so that no tubes are moved from an affected area to other parts of Uganda.

“Some of the effects include stunted crops. The crop will produce no or very small tubes that have a very rough texture or mature early where the crop may continue to show that it is growing well on the outside but it hasn’t grown at all under the ground,” Dr. Kashaija said.

She said, “We therefore call upon Ugandan farmers to use potatoes that are home grown. We have already alerted border patrols to make sure no potatoes are imported however we also need commitment from the farmers because once this pest hits, the effects are beyond expectation. This is an emergency that needs immediate attention.”