Plans to give standards bureau cash to fight counterfeits

February 2—There are plans to give the Uganda National Bureau of Standards (UNBS) UGX 600 billion (nearly $170 million) to help stop imports of counterfeit products, but distribution and sales of fake items remains  a flourishing business and worldwide accounts for 2.5% of all exports. 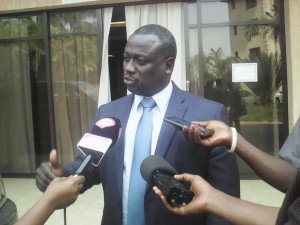 Ruhonda said the finance ministry will need convincing, but he expressed optimism that the scale of the problem will result in new funding being approved.

“We are planning to give UNBS UGX 600 billion in the next financial year to get hire more skilled manpower to fight against fake goods and we are convinced that the Ministry of Finance will agree with us that this problem of counterfeit is a real one that needs immediate address. Although the Bill on counterfeit was withheld from parliament, the committee is preparing to bring it back so that it can be passed,” Alex Ruhonda, who chairs the parliamentary committee on trade, industry and tourism said during a morning dialogue in Kampala.

Counterfeit products are deliberately made to look genuine and are usually of poor quality, but cheaper which compromises the trademark of the original manufacturer because gullible consumers readily buy them. A host of items, including human drugs, are passed off as the real thing often causing death.

The leading sources for these goods is the Far East, but frequently locals also come out with items and merely slap on labels of the genuine manufacturer. According to the United Nations Office on Drugs and Crime, China tops the list of producers.

The Anti-Counterfeit Network Africa (ACN) has asked the government and the media to join the fight against counterfeits in a more intensified manner so that Ugandans are saved and protected from the dangers that come with these products.

Speaking for the Uganda Revenue Authority, Abel Kagumire said they do not have the capacity check these goods unless there is a formal complaint from the producers of the original item. “We are working with companies like Unilever, Colgate, HPC and others whose goods are normally counterfeited and in such cases we have done a tremendous job and have been able to capture and destroy a number of goods,” Kagumire said.

Fred Muwame, the legal officer at ACN said due to lack of strict rules on the sale and importation of fake goods, the perpetuators  continue in the trade hence putting lives, the health and the economy of Uganda at risk.

He said, “Counterfeit goods have caused deaths of more than 700,000 in the 2011 according to World Health Report. This number is higher than the 38,000 people that were killed by terrorists in 2015.”

“The fact that a person decides to sell fake goods knowing they will  affect and kill thousands of people just because they want financial gains, makes that person a real terrorist and a real murderer. Counterfeiters whose products/services cause wide spread injury/death must face graver penalties similar to terrorism and, murder,” Muwame said. 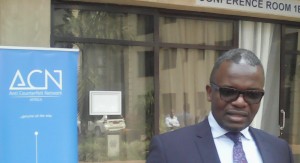 Muwame said counterfeit goods are a threat to legitimate businesses and the trade can scare away investment.

Muwame said, “Furthermore, counterfeit goods present a threat to legitimate businesses that would be beneficial to the economy. They scare aware direct investment, because of the unfavourable competition.”

“The media has also not been helping as they do not report on such cases where fake goods have caused deaths or health hazards mainly because they want money from advertising. There is need for government to balance between revenue collection, profits and the health of the general public,” Muwame said

Muwame said the government should also blacklist fake goods that have been banned from the international market because developed countries have the technology to detect harmful goods. As part of the fight against counterfeits, ACN launched a television programme, ‘DON’T BE FAKE” that will be hosted by Andrew Kabuura with the aim of educating the public about the dangers of using counterfeit goods.