Perhaps scholarship providers should step up on jobs

June 27—Most of us struggle to acquire an education for the simple reason that it is a guarantee to formal employment and the nice things that come with having  a good job. But with the slowdown of the economy, a high population growth rate and widespread unemployment, things have become complicated. 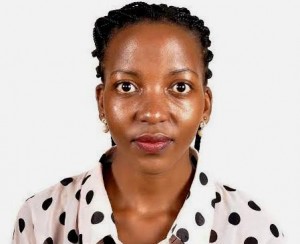 The writer believes more attention should be given to success stories of young people who have completed their education on scholarships.

On the other hand this does not change the fact that during such hard economic times when incomes are squeezed, being awarded a scholarship is something of a privilege not to be wasted.

However once you are finished, you cannot be sure a job will come your way which is making many former scholarship holders frustrated.

Even though a university degree is one of the most lucrative investments one can make, many underprivileged students in Uganda never complete their education to this level due to financial challenges.

It is true that the strength of any country lies within the proper education of its young people.  That is why the intervention from organizations like MasterCard Foundation and Madhvani Foundation by offering scholarships are so important and appreciated.

Interestingly, not many Ugandans are aware of the existence of such schemes that cater for brilliant, but financially challenged students. One explanation could be that even those who have benefited from these opportunities have not been recognized because we don’t hear of them getting employment.

Many international Non-Government Organizations (NGOs) and private institutions have entered partnerships that focus on the education of the African child.

Young people should always leap to embrace such available opportunities to acquire an education. Recently the Qalaa Holdings Scholarship Foundation announced its eleventh class of scholarship recipients in a ceremony at the Greater Cairo Library and launched two new scholarships presented by Qalaa’s Energy Subsidiaries TAQA Arabia and ERC.

Twelve young people now have a chance to complete graduate degrees at some of the world’s most prestigious universities.

This is not much different from our own Madhvani Foundation which recently released a fund for the 2017/2018 academic year scholarship totaling UGX 700 million (nearly $200,000). The main goal is help pay tuition for underprivileged Ugandan students undertaking scientific and technical courses. This scheme has seen over 2,000 students through university since its re-introduction in 2003.

Similarly, MasterCard Foundation entered a partnership with Makerere University worth $4.67 million to cater for over 1000 academically promising but economically disadvantaged students from 2013 to 2023. 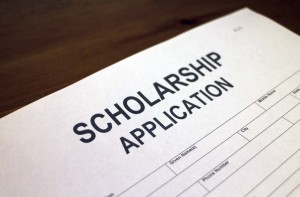 Surprisingly many Ugandans are unaware that such schemes for talented, but financially challenged students exist.

These scholarships have helped to lessen the impact of rising tuition costs in schools and universities. There are frequent reports of many young people having to take on the role of family breadwinner at a tender age which usually means dropping out of school. But the availability of scholarships helps to tackle this problem.

Some organisations have gone as far as engaging young people on projects that benefit them. Take the example of Martin Muganzi, a Madhvani Foundation beneficiary who is currently inspiring other youth to be creators rather than job seekers. He has established a vocational enterprise for apprenticeship in Kalerwe.

The other example is Ritah Kobusingye, a beneficiary of the MasterCard Foundation partnership with the Restless Development Project, a youth think-tank.  At just 24 years of age, Ritah owns piggery farms in Bushenyi and Fort Portal in western Uganda. Not only is she earning from her projects but also employing other young people to work for her.

Despite the fact that a number of success stories have been recorded, more needs to be done than just offering an education. Latest reports on unemployment in Uganda indicate that 11.8 million young people, most straight out of university and other tertiary institutions have a problem getting employment.

Obviously then, an education is not enough for someone to get a job. That is why the providers of these scholarships should take another step in their pursuit of helping these young people, by also pointing out suitable addresses guaranteed employment. At least then, they can feel the scholarships have been really worth it.