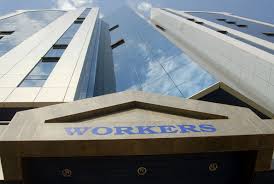 KAMPALA, JULY 26 – Uganda’s pensions sector saw a 25 percent increase in total assets during 2015 although the result was dampened by an almost matching growth in liabilities.

According to the Uganda Retirement Benefits Regulatory Authority’s (URBRA), pension sector performance report for 2015, return on assets rose by14 percent representing an asset to GDP ratio of 8.1 percent while liabilities rose by 20 percent.

The National Social Security Fund NSSF remains the dominant scheme with holding 86percent of total assets although 4 new private schemes have since joined the market raising the prospect of further better penetration than the current 11percent coverage of the national workforce.