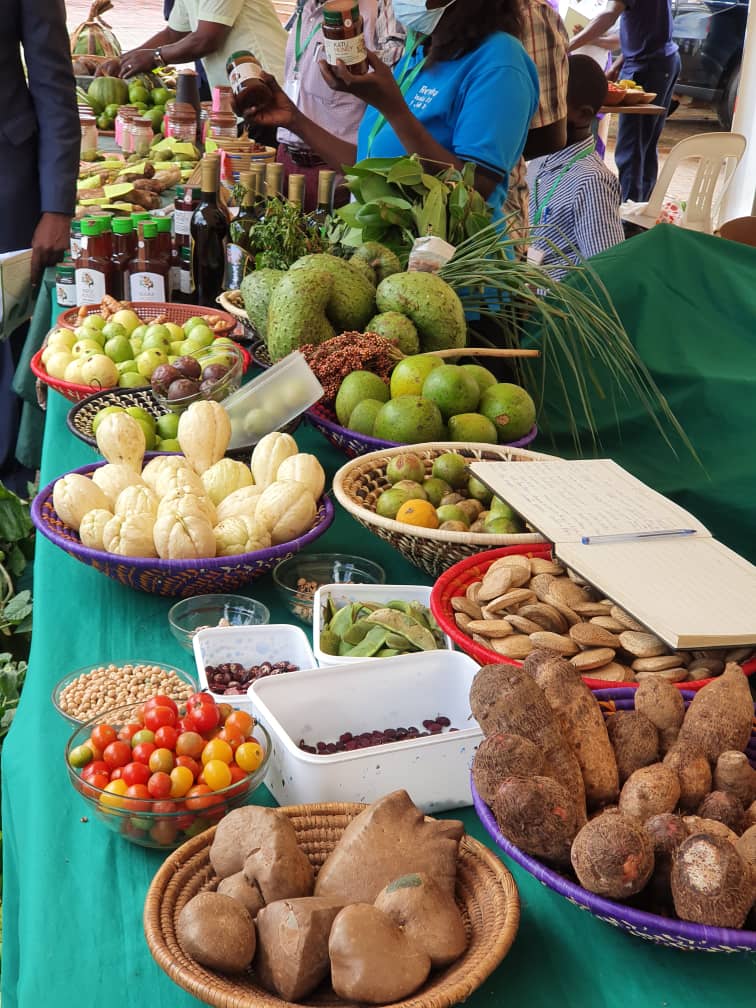 Some of the indigenous foods on display at the fair 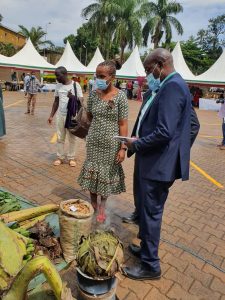 Conservation of indigenous foods and seeds should be integral to national seed policies because it holds the key to securing food security and biodiversity for posterity, argues Stella Lutalo.

The country coordinator of the Ugandan chapter of PELUM, the Participatory Ecological Land Use Management collective, was speaking at the 11th edition of the annual Indigenous Food and Seed Fair in Kampala on October 28.

Indigenous foods not only contribute to farmer resilience but are also rich in micronutrients which has put them on the frontlines of Covid-19 coping mechanisms by communities during the current pandemic.

Lutalo revealed that indigenous seeds account for 70pc of seeds planted under the informal seed sector. That places smallholder farmers at the forefront of conserving threatened high nutrition value indigenous foods and food biodiversity in Uganda and Africa. Conserving them has gained a new urgency in face of the rising trend of GMO based farming systems, which tend to break the chain of sustainable farming systems that are based on indigenous foods and knowledge.

Through refining and promoting them, as well as better coordination between stakeholder groups, PELUM, had achieved increased food diversity “on the farm and plate,” she added.

That has in turn contributed to building better farmer resilience and improved nutrition.  “Conserving agricultural biodiversity was a big challenge at the start because we were facing huge biodiversity loss,” Lutalo says. But through a number of initiatives such as the annual indigenous food and seed fairs at the national and regional level, they have been able to reverse the trend.

Working with partners such as OXFAM Trocaire and the Swedish Society for Nature Conservation among others, PELUM has implemented innovative projects to improve these systems by establishing seed banks at community and district level, to ensure they are a source of good quality seed to farmers.

Farmers have saved seeds and multiplied them to increase access to indigenous food while also contributing to the national gene bank that is managed by the national genetic resources centre. PELUM has also made input to the draft national policy on food and agriculture.

To commemorate the 25th anniversary of the Uganda chapter, PELUM last year partnered with the National Agricultural Organisation NARO, to plant 500 trees, mostly indigenous species, in the Entebbe Botanical Gardens.

A year earlier, the non-profit had contributed to the knowledge base with books on indigenous foods in Uganda as well as a cookbook on traditional foods.

On the sidelines of this years’ traditional food and seed fair, a book on wild edible plants of the Acholi and Teso sub-regions, was launched. This year’s fair sought to improve nutrition by creating awareness around indigenous foods and plants that have been effectively used by communities in managing Covid-19.

“The pandemic has disrupted food systems but food has not been at the forefront of Covid-19 policy. Yet it is important through its contribution to the health and resilience of communities. Scaling up agroecology, can improve nutrition and resilience to Covid-19 in Uganda,” concludes Ms. Lutalo.