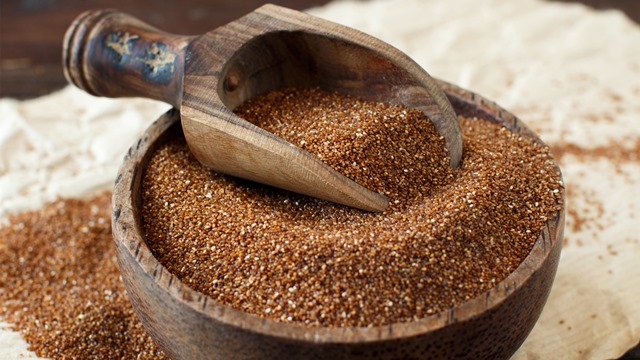 The Ugandan chapter of the ecological land use management collective PELUM, is calling for more funding for research into indigenous food varieties and farming systems, warning that continued neglect, will have dire consequences for food security amidst climate change.

Speaking ahead of the third edition of the National Agroecology Actors Symposium that opens in Kampala on October27,  Joshua Aijuka, the programme manager sustainable farming systems at PELUM Uganda, outlined the challenges indigenous foods face. The symposium will be followed by the 11th Annual Indigenous Food and Seed Fair at Silver Springs Hotel Bugolobi, on October28.

Consumer trends as well as the globalisation and modernisation of the food system around a few crops, was directing research funding and consumer spending to handful of crops, some with lower calorific value, at the expense food biodiversity and indigenous foods, he said. Production of high food value staples such as millet is in decline in Uganda.

“The market is inclined more towards fewer and fewer indigenous staples and once we don’t consume these foods, farmers will produce less of them, pushing such varieties closer to extinction.”

Giving the example of teff, the indigenous Ethiopian grain staple which is widely consumed in the country, Aijuka said consumers need to wake up to the need to sustain traditional foods, in order to keep them in the market at affordable prices. That would also require a policy shift that directs more research funding towards neglected staples.

He cited maize which had become the staple for institutional feeding such as in schools and prisons, despite millet being nutritionally superior. The resulting huge demand for maize had resulted in constant research and development of higher yielding varieties which has contributed to lower the consumer price, while higher prices continue to push millet to the peripherals.

“The solution is in changing the local consumer mindset, so that they can stimulate demand for these foods by consuming more of them,” Aijuka explained.

He added that the low yields associated with indigenous food varieties was more the result of poor production system management than inherently inferior productivity.

“Our experience has shown that under the same crop production and management system, even improved breeds would give lower yields.

“When soil is depleted, it does not matter what you plant and incidentally, hybrids have higher nutritional needs and would need more soil supplementation than indigenous foods,” Aijuka said. 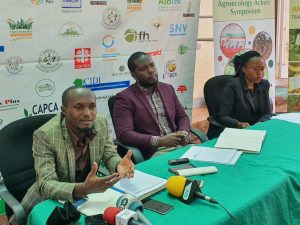 “Our soils are heavily degraded, how can we improve soil fertility, health and crop productivity through sound agricultural and ecological principles that rely less on inputs?” He asked emphasizing that PELUM was not against improved breeds but was advocating for food production systems that marry modern and traditional knowledge for better food security and incomes.

“Production of indigenous foods is low because of little demand that drives up production costs and prices which in turn affect consumption and research funding. That is why the debate is around food systems and how they can be improved,” Nabaggala says.

She believes promotion of ecologically sound and resilient farming systems can break this vicious cycle, with higher yields delivering higher smallholder incomes and lower consumer prices that can sustain demand.

“A policy rethink and agricultural market development, can motivate small holder farmers to produce more and secure a better deal for themselves,” Nabaggala says.

Kizito explains that for now, policies that promote indigenous varieties are lacking and there is a low understanding of sustainable farming systems across the policy hierarchy.

“We need to get farmers and consumers as well as policy makers to appreciate these concepts and the foods we are trying to promote. And then we can have a sustainable food production system,” he says.