January 12—Ugandan entrepreneurs involved with micro-finance, healthcare, agribusiness, education and renewable energy should dust off their […] 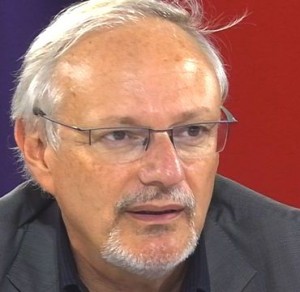 Severino said the strength of their Paris-based firm has been in positioning themselves as a capital solution for SMEs.

January 12—Ugandan entrepreneurs involved with micro-finance, healthcare, agribusiness, education and renewable energy should dust off their business plans and watch out for a proposed funding vehicle to be based in Nairobi, but with a regional scope and long term plans to eventually invest $100 million in total to small and medium enterprises (SMEs).

Investisseurs & Partenaires (I&P), a Paris-based investment firm, has announced a first closing of over $59 million for its IPAE 2 fund, which will invest in SMEs in Africa that combine profitability with societal impact. The new fund targets African SMEs with plans to expand and whose financing needs range from $353,000(about UGX1.2 billion)  to $3.5 million.

I&P president Jean Michel Severino, said in a statement, “The strength of I&P lies in this diversified offering of investment vehicles. By positioning itself as a capital solution for SMEs, I&P is fully contributing to the development of Africa’s entrepreneurial ecosystem to meet the challenges of inclusive and sustainable growth and employment in Africa.”

Severino has been at I&P since 2011. He is also a former Vice-President for Asia at the World Bank and a former Chief Executive Officer of the French Development Agency.

IPAE 2 will total $94 million in the long term and be active in East Africa, by creating an investment hub in Nairobi to operate throughout the sub-region. Until now, much of I&P attention has been in West and Central Africa.  Severino said, “I&P’s commitment to African development is reflected in different funds whose philosophy remains the same: an entrepreneurial spirit, and commitment to development, integrity and high standards.”

However SMEs will have to measure up to certain criteria to have any chance of having their applications considered, beginning with a due diligence of the enterprise. I&P usually exits after five years. The fund is slated for 30 to 40 startups and companies located in sub-Saharan Africa and the Indian Ocean, as well as to those who promote the construction of a sustainable, productive private sector.