April 24, 2018—Something close to panic has hit the Uganda pay-television industry as the regulator proposes […]

April 24, 2018—Something close to panic has hit the Uganda pay-television industry as the regulator proposes a steep hike in licensing fees even before negotiations are concluded with the concerned companies who now face the prospect of revising their business plans or leave Uganda altogether. 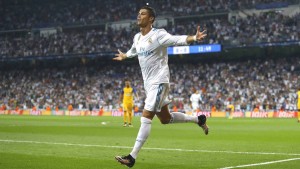 Football remains a top draw for pay-tv operators and the Champions League is one of the most popular attractions.

There are currently six operators in Uganda comprising of Azamtv, DStv, GOtv, Kwesé, StarTimes and Zuku. The UCC proposals have also sent ripples of concern among subscribers who may have to pay more for viewing this content or make drastic cut backs.

Other sources say a shortfall of tax revenues is forcing the government to go after easy targets like mobile networks and now pay-television firms. The worry is, unlike mobile networks, some of pay-tv companies will not have the staying power to carry on under a heavier regulatory financial burden due to the nature of the business.

A new 1pc tax has already been slapped on every mobile money transaction. According to the Bank of Uganda, by the end of December 2017, total mobile money transactions topped UGX54 trillion or $14.5 billion. By dipping into this pile of cash can the government is assured of substantially reducing on any future shortfalls the URA may face.

In a full page statement in the leading dailies today, the Ugandan pay-TV operators have protested the propose 2400% increase of the license fee and refuted claims that they non-complaint.

‘The Uganda Communications Commission is in the process of developing a new licensing framework, in which we were in the process of engaging the regulator to ensure that the framework is enabling and appropriate. We are therefore surprised that the UCC, in the midst of our engagements, and after having licensed each of the Ugandan pay-TV operators under the prior licensing framework, allege that all of the Ugandan Pay-TV providers are non-compliant’.

On top of paying the statutory 2% levy on gross revenues towards the Rural Communication Development Fund, (RCDF), these companies will now be charged $150,000 for a license to operate in Uganda.

The statement continues, “Pay-TV operators will have no choice but to pass on these increased fees to subscribers if we are to survive, which we are reluctant to do as it would make pay-TV services unaffordable and place an additional burden on consumers’.

The six companies said they have been engaging with the UCC, motivating for a consumer-and investor-friendly licensing regime that will make pay-tv services more affordable and increase, (rather than decrease) the take up of pay-tv services.

On the other hand, the government is in a tight financial bind and probably sees pay-tv as a luxury. What is forgotten is that although European football ranks as the leading attraction for considerable percentage of the subscriptions, it is seasonal.

The question now is what effect an across-the-board subscription hike will have on overall subscribers’ demand, especially since like other countries in Africa new customers have been signing on in Uganda much faster recently than in previous years due to innovations by the pay-tv companies.

Uganda’s pay-tv companies have been aggressively introducing viewing packages tailored to accommodate as many income brackets as possible. However the UCC move is bound to cause an upheaval which might backfire on any good intentions that might have been envisioned, including decreased investments and an exit of several industry players.