June 28—Maersk, a top name in international logistics and transport, says since the beginning of 2017, […]

June 28—Maersk, a top name in international logistics and transport, says since the beginning of 2017, freight traffic along the Northern Corridor linking Mombasa to neighbouring countries has been slow, but still higher than the volumes along the Central Corridor in Tanzania. 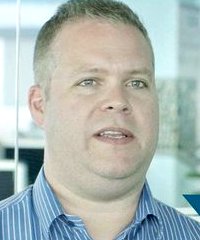 Felder does not expect things to pick up until after the General Elections in Kenya scheduled for August 8th.

‘Container trade in the Northern Corridor, which serves Kenya, Uganda, South Sudan and parts of Rwanda, expanded by one percent, whereas the Central Corridor, serving Tanzania, parts of Rwanda, Burundi, Zambia, Malawi and the Democratic Republic  of Congo (DRC), saw a contraction of 12%,’ the Maersk 2017 First Quarter East Africa Trade Report reads in part.

When freight services on new standard gauge railway (SGR) begin later this year, Maersk believes a percentage of imports will move from road to rail, which will potentially reduce road congestion and create a more environmentally friendly footprint in the country. This should hopefully also reduce costs for importers and ultimately consumers.

The report says aggregate trade levels in East Africa have improved slightly since 2016, resulting in overall year-on-year growth of 1%. However the situation may change due to the pending General Elections in Kenya during August. Some Ugandan businesses have already announced plans to re-route consignments through Dar port rather than Mombasa or stock up on imported inputs in advance.

Steve Felder, Managing Director at Maersk Line Eastern Africa said earlier this week, “While conditions in the East Africa region have continued to be challenging due to political instability, ongoing macro-economic headwinds and drought conditions affecting certain countries, we’re seeing healthy competition between the two corridors, both fighting for position in terms of some of the ‘swing’ countries that could export or import cargo through either corridor, specifically Rwanda, Burundi, Uganda.”

The Danish shipping company, which is a member of the A.P. Moeller-Maersk Group, thinks development along the Northern Corridor will very much depend on the Kenyan elections and the extent to which they are peaceful. In 2016 Mombasa recorded a total cargo throughput of 27.36 million tons compared to 26.73 million tons registered in 2015. This represented a 2.4 percent growth. Meanwhile the throughput at Dar port is slightly lower according to latest figures, at about 20 million tons, but after a $154 million expansion works, this will rise to 28 million tons.

Maersk expects a short-term reduction in the import market, followed by a very quick recovery after the August elections. Furthermore, if the interest rate cap decision is reviewed, liquidity could increase, boosting trade and increasing buying power.

Felder said, “In Kenya, liquidity is still very tight, caused by last year’s interest rate capping on the bank lending rate. In the next quarter we are expecting to see a slowdown in the import market as we approach the Kenyan elections on August 8, 2017, based on a natural cycle that we see in every election period, whereby the market drops by around 20% as importers seek to remain liquid, as opposed to having their cash tied up in inventory.”

He said a number of factors have resulted in a fairly sluggish start to the year with regards to exports, culminating in a decline of 10% compared with the same period last year. “The poor performance exhibited by exports is largely a result of the drought that’s taken hold of Kenya and Uganda, severely impacting the agro-economy and exports of agro-based products, which are the main exports from the Northern Corridor,” he said.

Felder said, “In Kenya, which represents around two-thirds of containerized demand in the corridor, tea – the biggest export in containers by volume – saw a market drop of about 20%-25% during the first quarter. There was also a reduction in soda ash volume – an input material for the manufacturing of glass – given the changes in market demand, as well as fish exports from Lake Victoria due to over-fishing.”

The report says there is still some sluggishness in the Ugandan economy, accompanied by static private sector activity, while the South Sudan situation has yet to improve, characterized by political instability and a shortage of foreign currency, resulting in many infrastructure projects coming to an untimely standstill.

The containerized market in the Central Corridor (Tanzania, Burundi, Zambia, Malawi, DRC, and parts of Rwanda) represents a very different picture to that in the Northern Corridor, having contracted in both directions. Felder said, “Compared to the same period in 2016 last year, the Northern Corridor import market experienced growth of 6% in the first quarter 2017 versus the first quarter of 2016. This is however a decline of 1% from the last quarter of 2016.

He said while the export ban of mineral sands out of Tanzania has also had an impact on the mineral industries the  DRC, Zambia and Rwanda, the Rwandan market appears to present a positive outlook. Regarding the rest of the Corridor, Felder says there is plenty of uncertianty. “In Zambia, although the currency has somewhat improved, it still remains relatively weak in comparison to where it was a couple years ago. The situation in Burundi continues to persist, whereby the country is in the middle of a major conflict with a lot of uncertainty, similar to the political uncertainty being experienced in DRC, with the indefinite postponement of elections that were set to take place in November of last year.”