No Uganda charcoal ban for Kenya exports just yet

July 16, 2018—A lack of policy direction in the government is allowing the indiscriminate export of […] 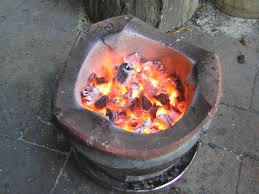 The charcoal stove continues to be the most widely used cooking vessel across the region and this explains the constant demand for charcoal.

July 16, 2018—A lack of policy direction in the government is allowing the indiscriminate export of charcoal to Kenya at a considerable profit in the wake of the eastern neighbour placing a moratorium on the logging of trees earlier this year. As a result prices in Uganda have also gone up an average 40 pc since the beginning of the year.

According to sources, Uganda will not ban the export of charcoal to Kenya unless all the responsible government agencies have come up with uniform position on the trade. There are no reliable official figures on the business now booming along the eastern border, but according to the Kenya National Bureau of Statistics, the retail price in Kenya has jumped nearly 70 pc in the year to June 2018.

James Banabe, the Director,  Energy Resources Management in the Ministry of Energy and Mineral Development told media at the GIZ offices in Kampala Monday that although charcoal production is under their docket, the Ministry cannot restrict its trade among the East African Community countries without the input of other agencies responsible for the environment, trade and Parliament.

Banabe said, “Yes, Uganda is exporting huge volumes of charcoal to Kenya. This may have a big impact on our environment, but as the Ministry of Energy, we cannot restrict charcoal exports without cabinet and Parliament approval.”

Germany is helping the government develop various renewable energy projects across the country with the ultimate aim of reducing the 80 pc dependency Ugandans have on biomass which among factors is rapidly depleting forest cover.

Dr, Albrecht Conze, the German Ambassador to Uganda said,“Uganda’s forest cover is getting depleted at a high rate due to charcoal burning and firewood which are the cheapest sources of energy in most urban towns. Government institutions such as universities and hospitals should consider promoting  the usage of biogas which is more environmentally friendly.”

In February, deputy Kenya President, William Ruto announced a suspension for three months which was later extended another six months during May. Ruto said in February, ‘The government has with immediate effect imposed a moratorium on timber harvesting in all public and community forests for a period of 90 days to allow reassessment and rationalisation of the entire forest sector in Kenya’.

The extension was explained by more time was needed to set up the new Kenya Forest Service including appointment of a board of directors.

A couple of years ago, the United Nations Development Program said in a report, Uganda’s entire charcoal value chain is characterised with inefficient systems that lead to degradation of forests and a high level of biomass loss. This means that despite cutting down considerable numbers of trees to make charcoal, the amounts made are still too little to satisfy the market needs.