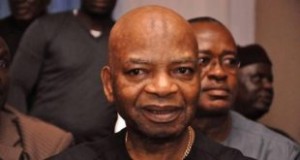 Prince Arthur Eze, the Oranto founder, was in Juba to sign the agreement to explore Block B3.

Oranto has been assigned Block B3 which lies within the productive parts of the Muglad Basin to the northwest and estimated reserves are at three billion barrels.

“We believe the petroleum resources of Block B3 are vast. To reach our target of more than double current oil production, we need committed new entrants like Oranto,” Ezekiel Lol Gatkuot, the Minister of Petroleum said. In January the government announced plans to double oil output to 290,000 barrels a day.

He said, “The government is working hard to reinvigorate the petroleum industry in South Sudan by creating an enabling environment for International oil and gas companies to invest and operate. It is up to the oil companies to come in, explore and produce.”

The Muglad Basin is situated within southern Sudan and South Sudan, and it covers an area of approximately 120,000 square kilometres across the two nations. To date the largest production areas are at Heglig and Unity. However the country’s oil production industry is currently dominated by the Chinese, Indians and Malaysians.

Prince Arthur Eze, the Founder and Chairman of Oranto Petroleum said, “Our company is at the vanguard of African firms exploring and developing African assets. This is the beginning of a long-term collaboration with Nilepet, the people of South Sudan and our partners to bring to light the immense potential of Block B3. Oranto is committed to an aggressive exploration work program that will benefit all stakeholders.”
Nilepet is the South Sudanese state-owned oil company. The 120,000-square kilometre Block B was split by the government into the B1, B2 and B3 blocks in 2012. Atlas Petroleum International and Oranto Petroleum, the sister companies of the Atlas Oranto Group, own and operate 20 oil and gas acreages in 10 African countries: Benin, Côte d’Ivoire, Equatorial Guinea, Ghana, Liberia, Namibia, Nigeria, São Tomé and Príncipe, Senegal and South Sudan. Founded in Nigeria in 1991, the group is Africa’s largest indigenous explorer by acreage.

In Block B3, Oranto will work alongside the B1 and B2 partners, which include French giant,Total. During the first three-year exploration period Oranto will complete a further airborne geophysical survey; acquire and process 2D seismic; and assess existing data held by the government and former operators.