October 27—Tax incentives is the favourite bait thrown at prospective foreign investors, but according to a […] 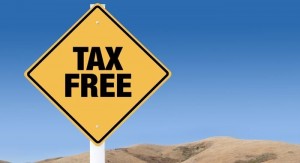 October 27—Tax incentives is the favourite bait thrown at prospective foreign investors, but according to a new report published this week, in addition to political stability, security, and macroeconomic conditions—a business-friendly legal and regulatory environment are the key drivers of investment decisions.

Uganda’s government, like many others in developing countries, is quick to offer generous tax holidays despite being already hamstrung with a relatively low tax-to-GDP ratio currently at 14%.

The reasoning is that against a backdrop of fierce competition to attract foreign investors’ capital to maintain economic growth and ease widespread unemployment, governments have to throw carrots and forget the stick.

The survey of 750 executives of multinational corporations is part of the Global Investment Competitiveness Report (GIC) 2017-2018, the first of a biennial series exploring the drivers of investment competitiveness in developing countries.

The report explores how foreign direct investment (FDI) creates growth opportunities for local firms, assesses the power of tax holidays and other fiscal incentives to attract FDI, analyzes characteristics of FDI originating in developing countries, and examines the experience of foreign investors in countries affected by conflict and fragility.

The report was launched on October 25th at the Investment Competitiveness Forum held in Vienna, Austria.

Combining first-hand investor perspectives with extensive research and data analysis, the report highlights the importance of a conducive and low-risk investment climate for multinational as well as local companies. It recommends specific reforms that can help countries attract foreign investment and maximize its benefits for development.

The issue of tax holidays and similar inducements has caused fault lines between governments, multilateral financial institutions such as the IMF and a host of international NGOs, notably Oxfam International. It has been suggested that those who prioritize incentives may not be the best kind investors, because they are only looking for quick gains.

Not long ago, a collection of civil society groups in Uganda issued a joint statement which read in part, ‘Countries that have been most successful in attracting FDIs did so by investing in quality infrastructure, low administrative costs of setting up and running businesses, political stability and predictable macro-economic policy that attract foreign investments, encouraging growth and expansion of indigenous investments.

The statement continued that, ‘Taxes are also only a small part of the cost of doing business and only have a limited impact on a company’s balance sheet. One could even argue that tax incentives can be interpreted by potential investors as a sign that the location has serious weaknesses or the government is mismanaged or desperate.’

The GIC findings show that investment incentives to attract FDI are widespread and used by governments in both high-income and developing countries. Developing country policy makers often view incentives as necessary for their countries to compete for FDI.

On the other hand, incentives impose sizable costs on host countries through fiscal losses from non-collection of taxes, rent-seeking by firms, and associated tax evasion. Countries must thus walk a fine line between remaining competitive by offering incentives and ensuring that benefits outweigh their costs.

Investment incentives rank only fourth in importance to investors out of six investment climate characteristics listed in the GIC survey. They rank lower than transparent government conduct, investment protection guarantees, and ease of establishing a business.

Overall only one in five investors find the absence of investment incentives as deal-breakers in deciding to invest Another third of respondents find incentives to be important but not deal-breakers. This does not necessarily suggest that incentives can be completely eliminated but that, by themselves, they are unlikely to convince investors to shift the location of their investment. The policy fundamentals of the investment climate must be addressed before policy makers resort to incentives as a means of attracting investors.