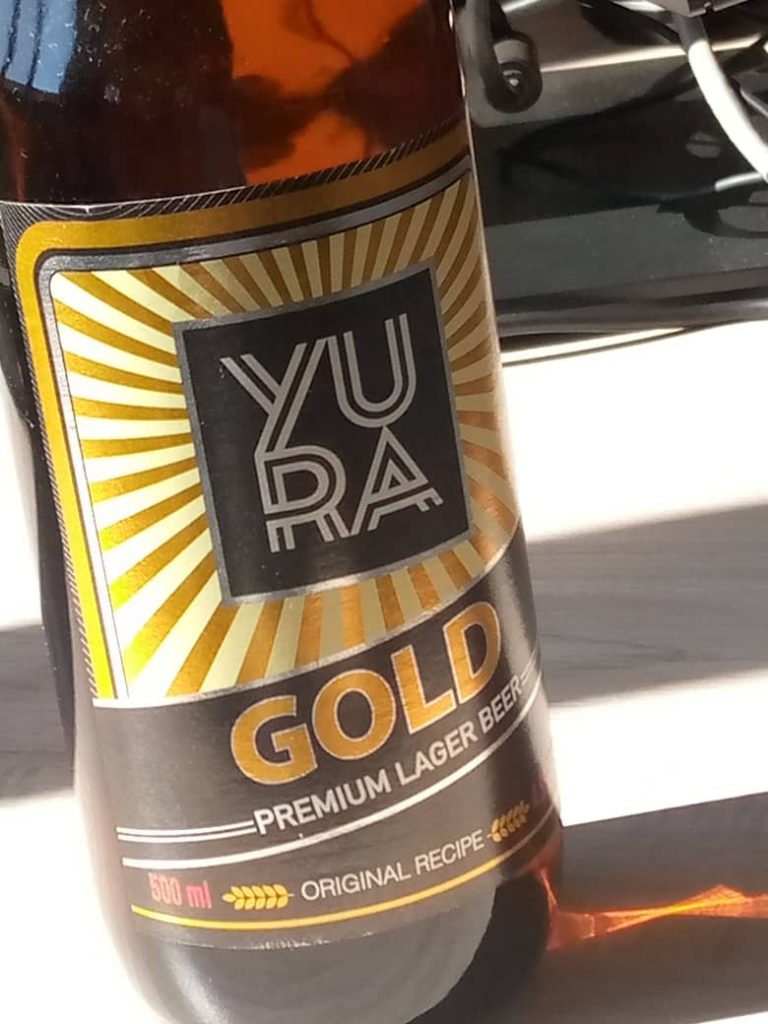 A new player has joined Uganda’s alcoholic beverages market, adding choice to a market dominated by […]

Yuti Breweries which says it started production last December says they have begun limited distribution of their Yura Gold, premium lager, a sugar-free medium beer, they say is aimed at the social drinker.

“We have seen a positive response to the product so far, with women in particular liking it because of its low alcohol content and smooth taste,” Tarun Paja, Yuti Breweries Finance and Administration Manager told 256BN during a visit to the Namanve Industrial Park based factory.

Saying they are testing the market, Paja said they launched with an initial capacity of 1.2 hecto-litres per annum but this would be scaled up in six month time when they launch a canned beer line to complement the bottled product.

“We are especially looking at the export market in countries such as South Sudan and the Democratic Republic of Congo where cans would be more convenient because they don’t have to be returned for refilling.

All raw materials are sourced from India and $5 million has so far been invested according to Paja.

Yuti is an integrated alcoholic beverages company that also produces a line of spirits including gins, rums and energy drinks.

The new brewer seeks to fill the space formerly occupied by Parambot Breweries, the brewers of Moonberg Lager, who were taken into receivership in 2014.