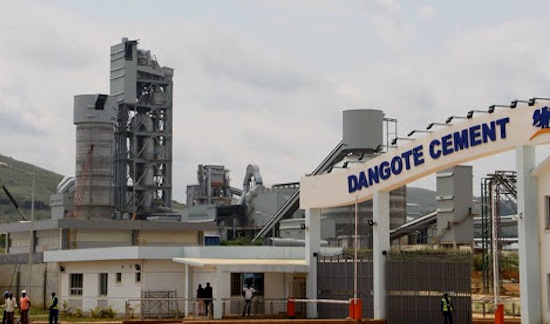 With AfCFTA, large firms like the Nigeria-based Dangote Group of Companies can gain more clout.

Trading commenced under the African Continental Free Trade Area (AfCFTA) agreement in January, but one of […]

Trading commenced under the African Continental Free Trade Area (AfCFTA) agreement in January, but one of the major criticisms levied against the deal is that gains will accrue disproportionately across Africa writes Teniola Tayo.

This could happen between countries, within countries, between firms and among people. Pre-existing inequalities mean that more advanced countries, cities, manufacturing firms and the African economic elite could benefit the most from the trade increase.

There are several reasons for this. The AfCFTA arguably has the highest income disparities between its member countries than other continental free trade agreements. Together, Nigeria, South Africa and Egypt — three out of 54 countries — account for about 50% of Africa’s GDP. So the African single market brings together unequal economies with varying production capacities.

South Africa, as the continent’s most industrialised economy, is at an advantage. Trade Map reports that in 2020 Africa imported $20-billion worth of goods from South Africa. It’s the sixth-largest supplier of African imports, after China, India, France, the United States and Germany.

South Africa also dominates trade within the Southern African Customs Union. Trade benefits may be disproportionately attained by its economy, thus enriching its producers and government more than other countries in the region.

Another issue is the documented link between import exposure and a rise in protectionism and xenophobia. An eventual flooding of African markets with South African goods could harm local industries and affect employment. This could grow resentment against the AfCFTA and negative sentiments about its promised gains.

Within countries, cities and urban areas are often better integrated into trade value chains, and research shows that supra-national trade if poorly managed, can increase uneven development. This could widen income gaps between cities and rural areas — especially when trade leads to a move away from commodity exports, leaving commodity-producing rural areas behind.

A similar situation can be found on the firm level. Although there has been some talk and efforts to make it easier for small and medium enterprises (SMEs) to trade under the agreement, economies of scale mean that large manufacturing companies have the advantage because they are more competitive.

The high cost of transporting goods within Africa means that higher trade volumes will reduce the unit cost of transportation. Large firms like the Dangote Group of Companies could more affordably expand production and export their goods across the continent. SMEs may also find it harder to meet the AfCFTA’s rules of origin requirements.

Imbalances on the firm level are linked to income disparities between rich and poor in some African countries. Profits from increased intra-Africa trade can disproportionately accrue to African industrial elites, expanding the wealth gap. Africa is already home to some of the world’s most unequal societies. Increased continental trade will increase the demand for manufactured goods. Economic elites with higher ownership of the means of production are better placed to reap the profits from trade.

In Nigeria, this applies to its industrial elites. A 2016 Oxfam report states that the income Nigeria’s wealthiest man could earn annually was sufficient to lift two million people out of poverty. In South Africa, high racialised income inequality means that a small portion of its population with more production capital and assets may disproportionately benefit from trade.

In most African countries, economic power is closely linked to political power. Economic elites can co-opt production policies in their favour and perpetuate their dominance. The tendency to retain reduced production costs as profits threatens the potential for more affordable goods for consumers.

If the trade deal fails to bring tangible benefits to the average African, populist elements may seek to mobilise people against the agreement. Its overarching objective is to bring prosperity to all Africans. An AfCFTA-driven increase in inequality could lead to more civil unrest in Africa, which is already at high levels.

The agreement has attempted to put some measures — such as delaying full trade liberalisation — in place to protect Africa’s less developed economies, but these may be insufficient. Restrictions on labour mobility across Africa are a stumbling block for income redistribution, as workers marginalised by import exposure in poorer countries cannot simply move to richer ones.

A more pragmatic approach is to map out the short-, medium- and long-term ‘winners’ of the agreement as it’s currently designed and to find ways to mitigate the losses of the others. Several AfCFTA signatories have either produced national and regional implementation strategies or are now doing so.

The AfCFTA Secretariat should evaluate these strategies and identify opportunities for creating complementary regional value chains that include smaller economies. Collaboration with the African Development Bank to identify and finance critical infrastructure will help improve the production competitiveness of less advantaged economies and their attractiveness for investment.

National AfCFTA implementation strategies must also integrate rural economies into national trade economies and not focus only on cities. Large firms should be encouraged to integrate SMEs into their supply chains to increase the distributary effects of trade, with women-owned SMEs given particular attention. Taxation structures in some countries could be reformed to redistribute wealth and capabilities, but without suffocating the productivity of industrial elites.

National governments should lower financing barriers to entering key manufacturing sub-sectors to increase the economic actors in these spaces. Tracking indicators of prosperity like job creation in tradable sectors and poverty reduction can provide critical data for measuring and improving trade returns.

While there’s a real threat of too little trade under the agreement, tackling these issues will ensure sustainable progress. The AfCFTA could be a game-changer for African economies. It should be viewed as an opportunity to solve the continent’s production puzzle alongside its distribution dilemma.

Teniola Tayo is a Research Officer at the Lake Chad Basin Programme, ISS in Dakar