November 21, 2018—The high cost of putting to use several thousand barrels of crude the Uganda […]

November 21, 2018—The high cost of putting to use several thousand barrels of crude the Uganda National Oil Company (UNOC) wants to sell off, is causing several major industries to hold onto their money and stick to imported refined fuels. 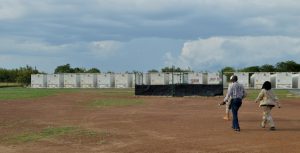 There are 45,211 barrels of crude oil stored at four sites in western Uganda.

Gloria Sebikari, the Manager Corporate Affairs at the Petroleum Authority of Uganda (PAU) said the disposal through public tender has been a difficult because of technicalities involved in its future use.

“The possible buyers would be factories with heavy productions like the cement factories. However, to use this oil, they will also have to change the machinery that they are using which is a bit complicated at the moment,” she explained

UNOC is still stuck with over 45,211 barrels of crude accumulated as part of well tests. At the beginning of this year, UNOC called for potential buyers to bid for the oil that is currently stored in specialized containers, bitutainer tank at four sites; Kasemene 1, Ngara-1, Ngiri-2 in Buliisa, and at Tangi Camp in Nwoya district.

Initially, the crude evacuated by Tullow Oil during an appraisal period would have been simply flared which means burning it in the air. However the government stopped this practice in the face of pressure from environmentalists who say flaring is detrimental to the environment.

According to Chief Legal and Corporate Affairs officer UNOC, Peter Muliisa, all the bidders in the first tender process failed to present satisfactory crude utilization plans, and demonstrating quality, health, safety and environment (QHSE) management measures hence the inability for any of them to buy

“The problem was because with the kind of bidders we received. None of them presented satisfactory measures of utilizing this oil in a safe and healthy way. We would rather not sell the test crude instead of risking risky disposal of this crude oil. This is a very dangerous product. We need to be conscious of the whole process,” Muliisa said.

He said in a period of two months, UNOC might have a potential buyer. “We announced the second bidding process and received a number of bidders. We shortlisted some of them and now we are looking at their logistics, environmental plan and the capability to consume this oil safely. In like two months or less, we should be able to announce the final buyer,” Muliisa said.

The body is tasked with managing and marketing the country’s share of petroleum received in kind, in addition to other responsibilities as per the Petroleum Act, 2013. If successful, the sale will be UNOC’s first major commercial deal in Uganda’s oil sector.