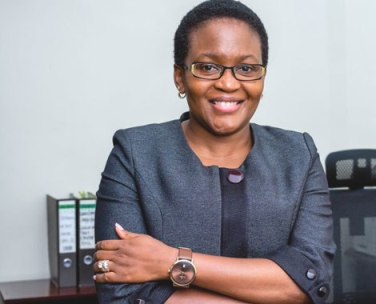 Nabbanja is a geologist by profession with 19 years of experience.

A geologist by profession with 19 years of experience, Nabbanja officially took up her office today. She has been substantively the Chief Operating Officer – Upstream at UNOC for the past three years. Dr. Wapakabulo resigned for personal reasons after being in charge since UNOC became operational in 2016.

All the government’s commercial interests in the petroleum sector are handled by UNOC which also has to ensure that the resource is exploited in a sustainable manner. UNOC is involved with increasing participation of Ugandans in the oil and gas sector by underlining ever greater local content across all segments of the industry.

Before joining UNOC, Nabbanja was the Senior Geologist at the Petroleum Exploration and Production Department (PEPD), in the Uganda Ministry of Energy and Mineral Development, the first woman to hold that position.

She was educated at Makerere University, and graduated with a Bachelor of Science in Geology and Chemistry. She later obtained a Master of Science in Petroleum Geoscience, from the Imperial College of Science, Technology and Medicine, in London, United Kingdom.

She also holds a Master of Business Administration awarded by the Imperial College Business School, obtained in 2017. Her Certificate in International Petroleum, Oil and Gas Management was awarded by the Institute for Petroleum Management Inc., in Austin, Texas, United States