May 10, 2018 in Business, Finance, Financial Services by Editor

May 10, 2018—Patrick Mweheire the Chief Executive of Stanbic (Uganda), the country’s largest bank, has been […] 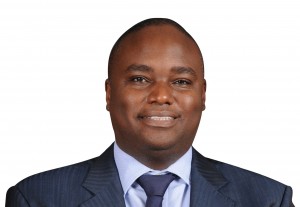 Mweheire takes over from Centenary’s Fabian Kasi who has been in  the chair for the past three years.

May 10, 2018—Patrick Mweheire the Chief Executive of Stanbic (Uganda), the country’s largest bank, has been elected the new Chairman of the Uganda Bankers Association (UBA).

He takes over from Fabian Kasi, the Managing Director of Centenary Bank who has been in the chair for the past three years. There are currently 25 financial institutions who are UBA members.

Mweheire’ s election to the position comes at an exciting time for the sector with the recent launch of agency banking, a development which is expected to drive financial inclusion and give the sector a major boost.

Mweheire is an accomplished banker with extensive commercial and investment banking experience having previously worked as the Head of Corporate and Investment Banking with Stanbic Uganda, MD of Renaissance Capital in London as well working with Merrill Lynch & Co in New York as the Director for Investment banking. He was appointed Chief Executive of Stanbic Bank Uganda in December 2014. According to latest results, Stanbic made a net profit of UGX200 billion ($54 million) for 2017, up from UGX191 billion the previous year.

Other members elected on the UBA Executive include Rakesh Jha the CEO of Barclays Bank Uganda as Vice Chair, Mathias Katamba the CEO of Housing Finance Bank as Treasurer and Sarah Arapata the CEO of Citi Bank as Auditor.

Established in 1981 as an umbrella body, UBA membership consists of commercial banks and financial institutions licensed and supervised by Bank of Uganda. The association was formed to  develop, promote, protect and represent the professional interest of its members and promote orderly conditions in relation to banking transactions.