September 11—President Yoweri Museveni has confirmed he will give the keynote and welcoming speech for the Third Uganda International Oil & Gas Summit (UIOGS) due on September 27 and 28 in Kampala. 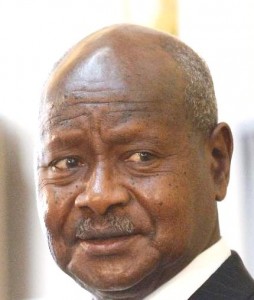 President Museveni is to give the keynote speech at the Summit scheduled for the end of September.

A high-level delegation from Equatorial Guinea, currently Africa’s third biggest exporter of crude, is to attend the talks following a state visit by Museveni to Malabo recently.

Uganda is gearing up to start full-scale production from its fields in the western part of the country in 2020 with a total investment of between $8 billion and $10 billion being mooted. But some sources have told 256BN, 2022 is a more likely year because of continued delayed spending on crucial support infrastructure.

“Realistically, from scratch, it takes three to four years to build an oil refinery depending on its capacity and the pipeline can take a similar period, if you include unforeseen circumstances. I don’t see production in 2020. More like 2022. As we speak, we hear of financial proposals, but when does the spending actually begin? The year is technically already over,” the engineer with a major construction company told 256BN.

Recently the government in Kampala signed agreements with Tanzania that signaled a commitment to build a 1450 kilometre heated pipeline between Hoima and Tanga port. Most of the funding for the $3.5 billion is coming from Total, one of the major players in the exploration and production of Uganda’s two billion barrels of recoverable crude. Others are China National Offshore Oil Corporation (Uganda) and to a limited extent, Tullow Oil who sold out most of their interests.

The Ministry of Energy, Mineral Development is hosting the Summit which is expected to attract several hundred participants from Uganda, the region and the rest of the world. Uganda National Oil Company and the Petroleum Authority of Uganda are also involved in the arrangements being coordinated by London-based Global Event Partners.

Dan Grogan, the Event Director of Global Event Partners, said, “The Uganda International Oil & Gas Summit is continuing to build in huge international significance, attracting professionals from across all aspects of the global oil and gas sector, including all of the key players in the industry and all elements of the value chain.”

He said, “ It will act as a platform for the industry to come together, discuss and debate the crucial next steps in the road map to production. We look forward to the participation of all global partners, suppliers and customers in support of our endeavours.”

According to the organizers, UIOGS is building on the success of its second edition in 2016 which saw over 350 attendees. They say UIOGS 2017 will again demonstrate the importance of Uganda’s exciting oil and gas industry, discussing and debating the future of exploration and production in the region. It will feature presentations from industry leaders and experts in their fields from all across the world.