August 28—For several years now, there have been loud voices in the wind saying that the […] 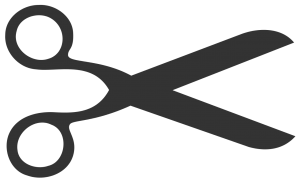 August 28—For several years now, there have been loud voices in the wind saying that the cost of public administration in Uganda is growing beyond sustainable levels.

Last week, President Yoweri Museveni caused many to sit up and listen after it emerged that he wrote a blunt July 17, 2017 letter to Cabinet members, calling for a reorganisation of the numerous government agencies and authorities with a view of making some urgent financial savings.

Museveni said in part, “The only thing I want to point out to you comrades is that it is a mistake for us to continue funding and overseeing such wastages of our meagre resources.”

The sweetener is better salaries and benefits for those who survive the purge. By nature, all governments know little about saving money, because taxes come in every working day. It was when those taxes begin to consistently dip that everyone starts to talk about efficiency and what not. If Uganda’s revenue base was bigger, you wonder whether we would be having this conversation.

At a glance, the picture is concerning, considering the little money that has to go around. Once again, virtually no government ministry is getting the allocation it asked for. Matters are not helped by the fact that during the last financial year, the Uganda Revenue Authority reported a shortfall of just over $130 million. It was a similar story for 2015/16.

Then there is the issue of political patronage; usually easy to justify, but expensive to maintain besides being the leading wedge for duplication of effort in government service delivery.

Ugandan tax payers are supporting the biggest Cabinet and biggest number of administrative units in the East African Community member states. One may suggest this is all relative compared to the price of stability.

Here in Uganda, the situation is not so dire but, whenever civil society organisations raise the issue of a bloated government, they are shouted down and often accused of being tools of the World Bank and International Monetary Fund (IMF). The IMF has never hidden its disapproval of governments that refuse to live within their means, because these are same governments that come running to Washington for help.

Finance minister, Matia Kasaija and Muruli Mukasa, his colleague in the public service ministry, have been given the unenviable task of coming up with a feasible plan of execution.

And execution it will be. Museveni in his letter wants to consolidate, rationalise and downsize. Words that basically mean chop, chop and chop again. The deadline for submission of the plan is December 20, 2017. Question is where, whom and how, but more intriguing, is five months enough time to come out with a plan bearing in mind the numbers involved? Unless of course, there is something we do not know.

The major snag for the two Ministers is there were probably some very good reasons to have these authorities and agencies set up in the first place. Now, how do you explain them away?

On top of that, the relevant heads will also fight tooth and nail to rationalise their existence in spite of their present shoestring budgets which may turn the whole thing into a circus of sorts. The kind of stage legislators love to grandstand on.

The truth of the matter is many heads of government authorities and agencies have a long list of responsibilities, but little or no money to do the job. How then can you reasonably judge their performance? Cuts are certainly needed but, the presidential directive also risks throwing out plenty of babies along with the bath water if the evaluations are done in a rushed manner.