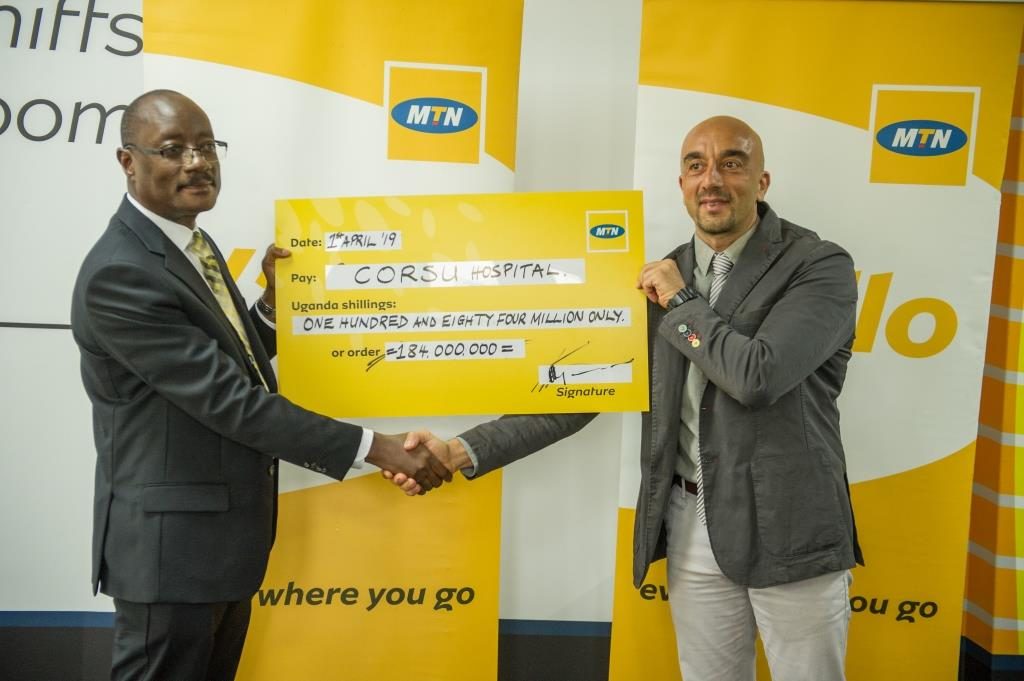 MTN Uganda has  committed UGX 184 million to support corrective surgery for more than 80 beneficiaries at the Kisubi based Comprehensive Rehabilitation Services for People with Disability in Uganda (CoRSU).

The cost of the surgeries, that will cover 60 children and 20 youth drawn from different parts of the country, starting this month, will be borne by the MTN Foundation, the social investment vehicle of Africa’s largest telecom multinational.

CoRSU, which opened in 2009, is a private local NGO that seeks to improve the quality of life for children with disabilities through the provision of quality Orthopaedic and Plastic surgery, assistive devices, therapy and Community Based Rehabilitation (CBR). Each year, CoRSU provides surgery to thousands of children and adults to correct or reduce their impairment.

“To regain the ability of mobility is a beautiful gift especially to our youngsters who previously may have had their hopes and dreams shattered by previous circumstances. By removing the barriers that children with disabilities face on a daily basis, we can enable them to realise their full potential,” said the Acting CEO MTN Uganda, Mr. Gordian Kyomukama.

According to a 2014 UNICEF report on The Situational Analysis on Children with Disabilities, that partly relied on  findings from the 2002 Uganda Census data, 19pc of children with disabilities aged seven to sixteen have never been to school and 39pc of those aged 17 to 22 had completed fewer than four years of education. With limited access to education, children with disabilities face an added disadvantage of illiteracy, which can further affects the quality of their lives.

Dr. Davide Naggi, the chief executive of CoRSU Hospital, commended the MTN Foundation for its support.

“Children with disabilities are vulnerable but also an important and valuable part of our society. They are often marginalized, but thanks to the support from partners such as the MTN Foundation, we are able to redefine that for the better, by providing these young souls equal opportunities at life and restoring their hope for a brighter future,” said.

MTN Uganda which launched services in Uganda in 1998, has been marking its 20th anniversary by staging a series of regional expo’s across the country and contributing to charitable causes.

Leading the market with 11.2 million subscribers, the company says it has paid more that UGX 2 trillion in taxes and directly or indirectly supports more than 0.5 million jobs.