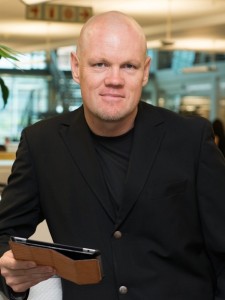 KAMPALA, MARCH 04- MTN Uganda scraped through a difficult 2015 to post a 4.9 percent growth in revenue and a Ushs 177 billion profit after tax despite regulatory pressures that occasioned a 14.1 decline in subscribers numbers.

Financial performance was weighed down by regulatory pressures, a local unit that ceded 24 percent of its value to the greenback during the year and loopholes in integration with regional peers under the East African One Network Area ONA that hit revenues from incoming international voice traffic.

The penalty was a 6.2 percent fall in overall tax revenue as exercise duty fell 10.1 percent because of exemptions on international inbound traffic from the ONA while corporate tax fell 11.7 percent in response to ONA pressures, currency depreciation that pushed up US dollar operating costs and capital allowances from CAPEX that topped Ushs 240 billion during the year.

The operation ended the year with 8.9 million net subscribers, down from 10.37 million, after regulator Uganda Communications Commission ordered the disabling of unregistered sim-cards in compliance with the Interception of Communications Act in November.

Presenting results for 2015 today, MTN Uganda Chief executive Brian Gouldie said 3.7 million subscribers had been disconnected as the operator complied with regulatory orders but quick deployment of digital registration had reduced the net impact to just 1.47 million for the year. However, aggressive reconnection activity had pushed the subscriber base upwards to 9.9 million by February 2016.

“An improved distribution and registration capability has resulted in resilient reconnections performance in 2016, resulting in an increased subscriber base to 9.9 million. The net connection forecast for 2016 is 2 million and we expect to end the year at 10.9 million subscribers,” Gouldie said.

“We are trying to be relevant to our customers on all fronts and I believe this will help drive financial inclusion in a market where a majority of people luck access to banking services,” Gouldie said.

Although it is growing from a low base, mobile data revenues grew 88 percent year on year to contribute 28.3 percent of revenues from the telecommunications segment.

Gouldie says 40 percent of MTN Uganda’s subscriber base now has access to mobile data services, the result of increased availability of 3G devices and rollout of the LTE network. The company which has 4500km of fiber with connections to all Uganda’s borders says it will be focusing improving network speed and reliability by connecting more of its sites to the fiber network.

Two hundred 3G sites and 100 LTE sites will be deployed during 2016 while an additional 400km of fiber and 87 new sites will be connected to the fiber network in a UShs 238 billion capital expenditure programme that will also see construction work start on the company’s new corporate headquarters and warehousing facilities in Kampala.

Globally, the MTN Group’s subscriber base grew 4. 1percent to close the year at 232.5 million. The Uganda and Nigeria simcard disconnections led to a net reduction of 10.4 million subscribers.