September 05, 2018 – The protracted licence renewal for MTN Uganda is affecting the telecom giant’s […] 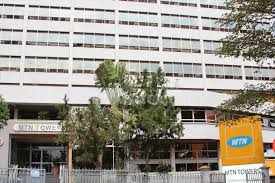 September 05, 2018 – The protracted licence renewal for MTN Uganda is affecting the telecom giant’s investment decisions in the country.

Besides delaying sign-off’s for CAPEX in network development, the other major project affected is a planned ten floor development at the former site of British American Tobacco Uganda headquarters. MTN has opted to refurbish the old building as interim measure because the shareholders could not approve the investment in light of the ongoing delays to renewal of its licence.

“We were planning to put up a building that was not too big but which was iconic at the same time. All that is on hold for now because CAPEX can only be approved on the certainty that you will continue to be in the market as an operator,” a source inside the telco told 256BN.

A final verdict on the application for renewal was due in July. It is understood that sector regulator Uganda Communications Commission has completed a report that recommends renewal but the line minister is yet to sign off.

The regulators report also recommends that the telco list a portion of its stock on the Uganda Securities Exchange, a desire whose modality for implementation is still a matter of contention between MTN and Ugandan authorities.

While both parties agree that it is necessary for increased local participation in the company’s success beyond the current level of just 5pc, MTN is wary about the implications of an outright IPO. The company is concerned about the likely impact on its value by responses to crises by a largely unsophisticated market.

Sources say MTN looks at the recent policy moves that introduced 1pc tax on mobile-money receipts by subscribers as well an UGX200 daily levy on Over the Top Transactions, as examples of developments that could trigger adverse market movements of its stock.

The telco also questions the validity of an IPO as a route to market, citing the recent failure of a similar IPO by Vodacom Tanzania, which ended up being rescued by South African fund managers.

256BN understands that the alternative route to market would be to make private share offers to bonafide bodies such as pension funds holding savings by Ugandan workers. These could include the statutory National Social Security Fund as well as schemes run by semi-autonomous bodies such as the central bank and institutions of higher learning.

An analyst who requested anonymity however says besides the financial imperatives, there is an important philosophical conflict that would have to be reconciled before MTN can be forced to list.

“The immediate plus for increased local participation in MTN and other eligible businesses is value retention. It would also have positive implications for the exchange rate since the demand for forex to repatriate profits, would be moderated.

“On the other hand, listing should be a shareholder driven decision. If an existing business is told to list as a condition for continuing to operate in a particular market, one could be looking at veiled nationalisation,” he said.

MTN Uganda applied for licence renewal in October 2017. This October 1998 marks two decades in the country for the telco that commands 54pc of the 22 million mobile telephone subscriber market. The company posted $182 million in revenue for the first six months of 2018 from a base of 10.5 million subscribers.