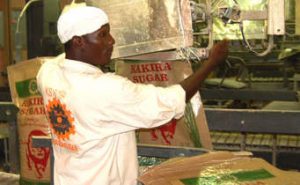 July 20, 2018 – The Uganda cabinet will next week meet to make a final decision on a policy to force more companies to list on the Uganda Securities Exchange USE.

The USE has seen a listing drought since with not a new business coming on to the market since power distributor UMEME’s listing in 2012.

256BN has learned that the Cabinet, chaired by President Museveni will be exploring the scope for actualisation of white paper on capital markets developed by the Ministry of Finance last year.

In particular, government will be looking at three tiers of potential candidates for listing. The first tier involves players in the telecom sector, who have been consistently profitable while the second is made up of companies in which government divested the majority stock but left a conditional 20 percent to be sold via the stock markets at a future date. The most prominent candidates in tier two are Kakira Sugar Works as well as commercial banks such as Barclays Uganda and Standard Chartered Bank Uganda among others.

The third and final tier involves Ugandan small and medium family owned enterprises that have so far resisted the temptation to list. Candidates that easily come to mind among these are the Mulwana Group companies as well as several others owned by wealthy Uganda families.

For years, the Capital Markets Authority has tried to make sense of a paradox that has seen eligible Ugandan businesses opt for expensive bank finance instead of cheap equity financing from the markets. Combined with governments own appetite for domestic borrowing, this has led to a situation of double digit lending rates, starving business of capital and stunting expansion.