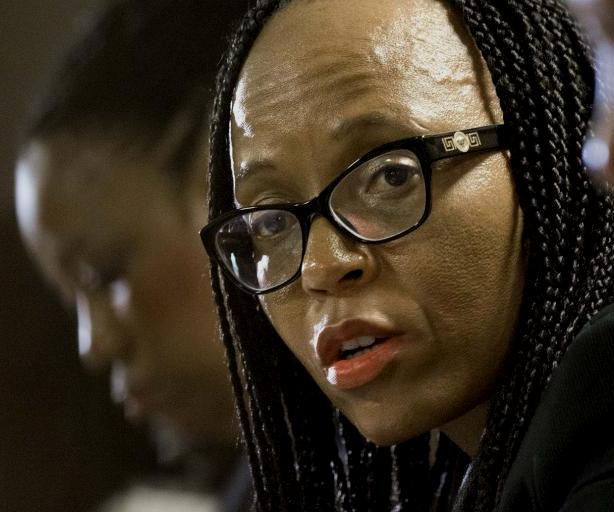 In order to support the Group’s new strategy and execution, Tsholofelo Molefe has been appointed the new GCFO.

According to a statement, this followed a comprehensive group strategy review with a focus ‘on accelerating growth, deleveraging the holding company debt and unlocking value’.

The revised strategy will be presented in more detail following the release of MTN’s 2020 full-year results in March 2021.

In order to support the Group’s new strategy and execution, Tsholofelo Molefe has been appointed the new GCFO. She will take up the role as soon as practically possible in 2021, but no later than 1 October 2021.

She is a qualified chartered accountant, CA (SA) and brings deep financial, risk and telecommunications experience. As Telkom’s GCFO since 2018, as well as its Chief Risk Officer and Deputy CFO prior to that, Tsholofelo played a key role in the strategic transformation programmes at Telkom.

Tsholofelo will also join the Group board and take over from Sugentharan Perumal who has been acting in the position of GCFO since 1 September 2020.

Group President and Chief Executive Officer, Ralph Mupita said, “We are thrilled to have an executive of Tsholofelo’s stature join us,” said “The board is confident that she has the experience required for the position. She will play a critical role in the growth of the business and unlocking of shareholder value.”

Ebenezer Asante has been appointed the new Vice President for WECA and he will assume the role effective from 1 January 2021, taking over from Karl Toriola following his appointment as the CEO of MTN Nigeria announced on 26 October 2020.

The new VP for SEA is Yolanda Cuba. Prior to joining MTN in January 2020 as Group Chief Digital and Fintech Officer, she was the Chief Officer of Strategy and M&A at Vodacom and CEO of Vodafone Ghana, which saw her named telecom CEO of the year in 2018.

The SEA region is critical to MTN’s growth ambitions and presents good opportunity for growth in mobile financial services as well as the largest potential for further expansion.
Serigne Dioum has been appointed as Group Chief Digital and Fintech Officer. As part of the Group’s succession planning, Dioum will assume the role of Group Chief Digital and Fintech Officer, and join the Group Exco, from 1 January 2021. Dioum, who is currently the Group Executive for Mobile Financial Services (MFS), joined MTN in 2009 and has an established track record in the telecommunications sector with deep experience in MFS.

It was also announced that Kholekile Ndamase is going to be the Group Chief M&A and Business development Officer, effective 1 January 2021. He is currently the Group Executive responsible for this function, which will be re-established onto the Group Exco. He joined MTN in 2016 from RMB where he led the equity-based financing business and was responsible for financing solutions as well as M&A execution, including transaction origination and structuring.

Mupita said, “We are excited about our journey of growth and it is important to ensure that the management capacity is in place to sustain and accelerate our key strategic ambitions. Today’s appointments follow the recent management announcement we made on the 26th of October and continues the process of further deepening the skills and experience required to lead the Group’s ambitious drive into the future.”