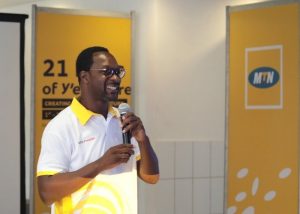 September 5, 2018—MTN Ghana raised $238 million from its recent initial public offering (IPO) gaining over 100,000 new individual shareholders in a bid to list 35 pc of the telecom on the stock exchange.

Existing shareholders approved the IPO in March after reporting revenues of nearly $720 million at the end of December.

Last week, Selorm Adadevoh, MTN Ghana chief executive officer told a news conference, “This is the largest primary share offer of our time and in the history of the Ghana Stock Exchange. We are happy about this show of public interest, participation and confidence, and for us it’s a clear indication that our intention to localize effort and demonstrate long-term commitment to Ghana has taken the right trend and on course to have more local participation in our business.” Adadevoh was appointed to the job during mid-year.

A novelty of the IPO was that investors bought shares using their mobile money accounts. Some 4.63 billion shares were on offer at 0.75 cedis each, but 1.5 billion were actually sold. One cedi is equivalent to 21 US cents or about UGX1150. Of the 128,152 new shareholders who bought stock in MTN Ghana, 127,653 are retail investors. Shares were scheduled to be deposited on investors’ accounts early this week with trading starting today.

There is speculation that the renewal of the MTN Uganda’s operating license for another 10 years is tied to guarantees of also listing on the Uganda Securities Exchange as soon as possible. Promises in this regard were made in the past, but the government is more pressing on the issue today than ever before.

Going public was a condition for MTN Ghana to be awarded a 4G license by the regulator three years ago. The company paid the National Communications Authority (NCA) $67.5 million for the license.

Although only a third of the available shares were sold, all concerned considered the IPO a success, because it rejuvenated the Ghana exchange. In comparison, during 2017, total shares traded topped only 323 million.

The telecom with nearly 18 million subscribers and the biggest operator in Ghana had planned to raise $743 million when it first mooted the IPO in May. Since starting operations 12 years ago, MTN Ghana has invested $3.6 billion in the West African country.