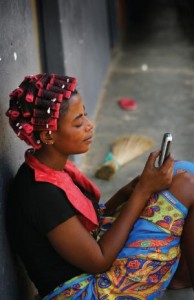 There are more subscribers in sub-Saharan Africa than North America but penetration is low.

June 15—Sub-Saharan Africa makes up a 9% share of the total five billion global mobile subscriber base equal to Europe and Latin America, but at 44% Africa has the least penetration of all the regions topped by Asia Pacific with a 55% share and 68% penetration.

According to GSMA, the industry umbrella, the five billion mark was reached this week  and 20% of all subscribers are in China alone. But there are more subscribers in sub-Sahara Africa at 436 million than in North America who total 292 million. Europe has 465 million; Latin America (459 million); Middle East and North Africa (391 million) and the Commonwealth of Independent States  with 227 million.

Mats Granryd, the GSMA Director General said, “Reaching the five billion subscriber milestone is a tremendous achievement for an industry that is only a few decades old, and reflects the many billions of dollars that mobile operators have invested in networks, services and spectrum over many years.”

According to real-time data from GSMA Intelligence, the research arm of the GSMA, the milestone means that more than two-thirds of the global population is now connected to a mobile service. It has taken just four years to add the latest one billion subscribers. Earlier projections had it that the number of mobile phone users in the world would pass the five billion mark by 2019.

“Today mobile is a truly global platform, delivering connectivity and, perhaps more importantly, social and economic opportunities to citizens in all corners of the world. This massive reach allows the mobile industry to be a key player in delivering global initiatives such as the UN’s Sustainable Development Goals,” Granryd said.

The most highly penetrated region in the world is Europe, where 86% of citizens are subscribed to a mobile service followed by North America where penetration is at 80%. However the average global penetration is 67%.

It is forecast that the number of unique mobile subscribers worldwide will increase to 5.7 billion by the end of the decade. By that point, almost three-quarters of the world’s population will subscribe to a mobile service. India is expected to account for the largest share of growth over this period, responsible for around 30% of new unique subscribers by 2020.