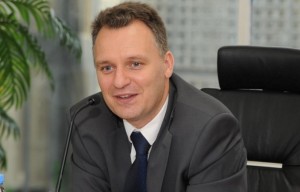 August 02,2018 – Mobile money transactions in Uganda retreated by $154 million during the first two weeks of July as users adjusted to a new 1pc tax on deposits and receipts over the money transfer platform, says the Bank of Uganda.

Appearing before the House committee on finance yesterday, Mr. Charles Abuka, BoU’s director for statistics told legislators that the tax which came into force on July 1, had imposed a penalty on financial inclusion because preliminary data showed that the volume of mobile money transactions had declined by UGX 672 billion ($154 million) during the first two weeks of the month relative to the comparable period for June 2018.

“Even though the proposed Bill reduces the rate to 0.5pc and limits it to withdrawals, it is still not neutral, fair or equitable and carries the risk of retarding financial inclusion,” Abuka told the committee that is sitting to gather views ahead of a planned halving of the rate from the current 1pc.

Responding to a public outcry, President Museveni ordered the restriction of the tax only to recipients of Mobile Money and to slash the applicable rate from 1pc to 0.5pc of the value received. This requires a sitting of the parliament to amend the Finance  Bill.

Addressing the same committee, MTN Uganda chief executive officer Mr. Wim Vanhelleputte said the company had seen a 30pc drop in revenue for July because and agents had suffered a 40pc drop in business. He projected further declines to 50pc by the end of the year if more agents opted out of the business.

“The 1pc tax in sending and withdrawing  was a bad tax that is likely to kill tax revenue,” he said.

The sobering numbers were is sharp contrast to the bragging by junior finance minister David Bahati who took weeks ago bragged that the tax on mobile money transactions and the UGX200 levy on Over the Top (OTT) services by telecoms had generated UGX 5 billion ($1.15 million, during the first two weeks after it went live.