August 31, 2018— Katumba Wamala, a junior minister in the transport ministry, has asked Ugandans not […] 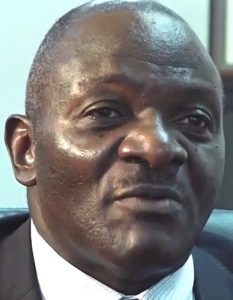 Katumba Wamala said Ugandans should not worry about the revived airline being misused by government interference.

August 31, 2018— Katumba Wamala, a junior minister in the transport ministry, has asked Ugandans not to undermine the efforts to revive the national carrier expected to take off by the beginning of next year. The government is in the process of acquiring equipment to get the flying crane livery back into the skies after an absence of 17 years.

“Ugandans have a bad habit of decampaigning their country. It is a bad habit that must be stopped. If you want your country to be like the other developed countries that you admire and shower with praises, you must support government plans in developing and strengthening the economy.

Katumba Wamala said Ugandans should not worry about the airline being misused by government officials as it will be operated independently as a company and not a government parastatal,” he said after a tour of Entebbe International Airport recently where expansion works costing $200 million are underway. China Communications  Construction Company won the contract.

He said, “No government official will be allowed to travel for free. They all must pay. Since they have been paying the other airlines to travel, they will also have to pay for this.”

The Minister asked citizens to support Uganda Airlines once it starts operations as a way of helping it to grow and compete favourably in the already liberalized sector.

Uganda Civil Aviation Authority (CAA) launched the airport expansion project in 2015 with a scheduled completion date of 2023 for the first phase and 2033 for the second. Works include modifications to arrival and departure, the immigration counters, rehabilitation and strengthening of the old runway 12/30, construction of a new 100,000 tonne capacity cargo centre and improvement to parking apron.

China Communications Construction Company (CCCC) who are finalising completion of the Kampala-Entebbe Expressway are also upgrading landside and airside access roads at the airport. 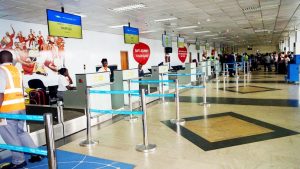 When finished, Kakuba said service delivery and efficiency at the airport will substantially improve.”Earlier on in 2017, the China Nanjing International Limited modified arrivals counters and their numbers increased from 14 to 20. Departure counters were increased from six to 11. This has since enhanced efficiency in service provision and drastically reduced on long queues at pick and departure time,” he said.

As part of the bigger Entebbe expansion project, there is also an ongoing improvement of air navigation services and increased automation paid for by the Korea International Cooperation Agency (KOICA) as part of a $9.5 million grant to Uganda.