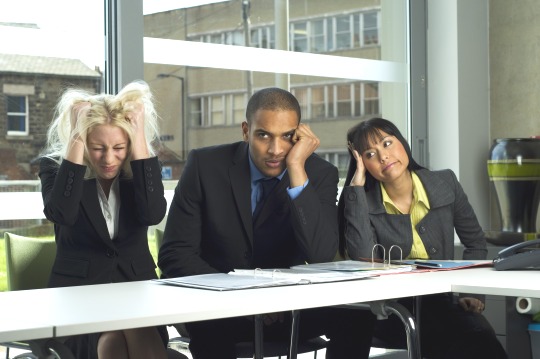 Researchers suggest that the negativity can be because the purposes are misunderstood.

Meetings at work should be seen as a form of “therapy” rather than about decision-making, say […]

Meetings at work should be seen as a form of “therapy” rather than about decision-making, say researchers reports BBC.

Academics from the University of Malmo in Sweden say meetings provide an outlet for people at work to show off their status or to express frustration.

But he says despite there being more meetings “few decisions are made”.

Prof Hall has investigated an apparent contradiction in how people can have a low opinion of work meetings, yet their numbers keep increasing.

The political scientist says the rise in meetings reflects changes in the workforce – with fewer people doing and making things and an increase in those involved in “meetings-intense” roles such as strategists, advisers, consultants and managers.

“People don’t do concrete things any more,” he says.

Instead he says there has been a rise of managerial roles, which are often not very well defined, and where “the hierarchy is not that clear”.

Many managers don’t know what to do,” he says, and when they are “unsure of their role”, they respond by generating more meetings.

“People like to talk and it helps them find a role,” says the professor.

Many of these people can spend half of their working hours in meetings, he says.

These can spill over into pre- and post-meetings, to such an extent that people might begin to “disguise” how much time they spend attending them.

Prof Hall, who has co-authored a book on meetings, gives the example of the Swedish border police, who describe their overseas meetings as “power weeks”.

Meetings can “arouse feelings of meaninglessness”, he says. But he argues that is often missing their point.

Once in a meeting – particularly long ones – their function can become “almost therapeutic”.

Regardless of what they are meant to be discussing, they serve a purpose as an “opportunity to complain and be acknowledged by colleagues”.

But people going to many meetings can lose patience – and can spend much of the time playing with their mobile phones, say the researchers.

“Some people find this frustrating and question why they must endure them.”

But he argues that negativity towards meetings can be because their real purposes are misunderstood.

But he says the real purpose of such meetings might be to assert the authority of an organisation, so that employees are reminded that they are part of it.

Such meetings are not really about making any decisions, he says.

Prof Hall suggests booking rooms for shorter periods, as he says meetings will expand to fill whatever time is given to them.

He also says that “equality” of participants is important.

“When you have meetings with colleagues at the same level, as a professional, you get to discuss different issues that interest you,” he says.

When the meetings are dominated by different levels of status, they become a “power struggle” and leave participants feeling frustrated.

He also says that meetings can unfairly become the focus of other dissatisfactions.

“People often feel marginalised. They feel that they have no influence or position. In these cases, the perception is that meetings do not improve anything, but actually cause even more frustration.”