Home » Finance » Markets » May visit to Africa smacks of afterthought

May visit to Africa smacks of afterthought

August 27, 2018— This week, British prime minister Theresa May, is making  flying visits to the capitals of sub-Sahara Africa’s three biggest economies in a bid to ensure UK relevance in the aftermath of Brexit next year. 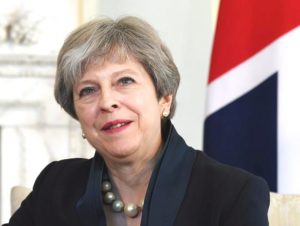 This is May’s first visit to the continent intent on ensuring the UK is still in business after Brexit.

Together, Kenya, Nigeria and South Africa contribute about a third of sub-Sahara’s $2.1 trillion GDP for 2017. With Angola this rises to more than half, but May has given the oil-producing country a miss.

Brexit negotiations continue towards what kind of divorce the UK will finally have with the European Union (EU) come March 2019, but the British government is anxious to strengthen and create new trade links notably with China, India, Africa and the Pacific Rim countries.

May will start off in Cape Town on Tuesday then head to Abuja on Wednesday before ending up in Nairobi on Thursday.

Last December former junior minister Greg Hands said, “We must build new economic relationships that are mutually beneficial to both the UK and, crucially, to developing countries and their citizens. As we leave the EU, we will build and strengthen ties between British and African businesses and help turn the UK into Africa’s trading partner of choice.”

On the eve of her tour, May said, “A more prosperous, growing and trading Africa is in all of our interests, and its incredible potential will only be realised through a concerted partnership between governments, global institutions and business.”

It has been suggested that UK’s Commonwealth credentials will help to hold onto African goodwill.  But three days smacks of an afterthought rather than a respectful approach to maintaining a foothold on the continent. On the other hand, May is leading a 29 member delegation comprising of several business executives and senior technocrats who are expected to open up lines of future business and investment discussions.

The challenge is convincing Africans the British are just as important outside of the EU even though the EU is Africa’s number two trading partner after China.

As things now stand, the EU is a $18 trillion economy and the second most lucrative market after the United States as China shifts from exports to encouraging domestic consumption. Any commercial deals Africans make with the UK have to be done with an eye towards not displeasing Brussels.

On the other hand, the UK ranks second after Germany as the second most important economy in the EU. This point has convinced the British of their continued international relevance even though a big chunk of their income is derived from doing business in the EU. No one knows what will happen after March next year.