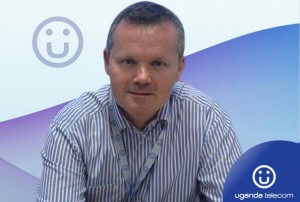 Mark Shoebridge has an history with UTL

Kampala, Uganda, January 28 – Uganda yesterday announced the appointment of Mr. Mark Shoebridge as its new Managing Director. Shoebridge who assumes his new role from February 8, takes over from Mr. Godfrey Kisekka who has held the fort since July, 2015 as Uganda’s oldest Telco navigated the fallout from instability in the home country of its principal shareholder, Libya.

“On behalf of the Board of Directors, I welcome him back to the UTL family at this time. I am personally excited about UTL’s future and look forward to the continued rescue push. I remain confident that our strategy and investment plan that is being discussed by the shareholders, will allow UTL to recover and retain its competitive position in the market, as we endeavor to deliver on our commitment to create value for our stakeholders,” said Stephen Kaboyo, the Board Chairman, Uganda Telecom.

Until this appointment, Mark Shoebridge has been the Executive Head of Operations at Vodacom Business in Nigeria. Before that he was a substantive Chief Fixed Services Officer, heading the fixed line and ISP divisions of the Company since 2013. He is a highly qualified telecommunications and IT professional with over 20 years’ experience in diverse business conglomerates including Nostracom Telecomunicaciones, SDL plc, Modus Media International, R.R. Donnelley Global Turnkey Solutions and Lionbridge.

Commenting on his new appointment, Shoebridge remarked: “I am delighted to accept the role of Managing Director of Uganda Telecom and welcome this exciting opportunity to lead the team to deliver continued business development and success of the company.”