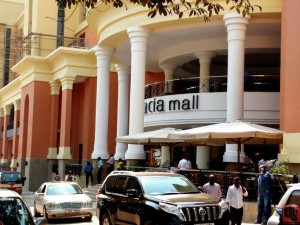 There was an average increase of 11.7% in the footfall to malls managed by Knight Frank year- on-year for the second half of 2016.

March 2–International real estate consultants, Knight Frank (KF), are upbeat about new shopping mall development in Kampala despite tough economic conditions, which however have not dented a growing middle-class liking to enjoy the laid back experience.

New interest from South Africans and European developers is helping to drive up prices for prime space in Kampala where most of Uganda’s high income earners work and reside. KF concedes the retail sector has been skittish compared to the same period last year. However, this sentiment is derived from the global consumer as the retail markets have been subdued throughout most parts of the world.

Overall, there was an average increase of 11.7% in the footfall to malls managed by KF year-on-year for the second half of 2016. KF says this statistic is promising, particularly since consumer sentiment has been negative for most of 2016. Uganda’s economy grew by less than 5% in 2016, continuing a decline mainly as a result of the global slowdown and China’s reduced appetite for imported commodities.

In its Uganda Market Update for the second half of 2016, KF states, ‘In our managed malls, where footfall has been affected by the woes of the anchor tenants, there are stores that are trading exceptionally well nonetheless and showing double digit growth. These are mainly international branded stores that trade into the middle to upper income segments, as well as home grown/organic stores who have bedded down their trade and acquired a better understanding of their target market trends and shopping habits’.

KF believes this speaks volumes to the international retailer appeal into the local market which continues to see considerable interest from both South African and European based retailers.

The interest shown by multinational retailers to enter the local market has also driven demand for prime retail space within retail malls in Kampala which is also driving retail rental rates higher. With regards to new projects and those in the pipeline, the Imperial Mall in Entebbe opened in December 2016. Knight Frank are currently finalizing the leasing.

The Arena Mall, a 15,000 square metre shopping centre on Nsambya Road is currently in the final pre-letting stage, with earthworks due in the first half of 2017. Work has also picked up at the proposed 42,000 squre metre Kingdom Kampala development. KF says this project will revitalize the inner city of Kampala which has experienced an exodus of retail to suburbia in the last three years and the associated degradation of properties in the CBD that go hand in hand with vacancies.