April 19, 2018—This year’s oil and gas convention organised under the auspices of the Uganda Chamber […]

April 19, 2018—This year’s oil and gas convention organised under the auspices of the Uganda Chamber of Mines and Petroleum (UCMP) and the energy ministry, is attracting more attention than ever before as the country moves closer towards first oil in two years time. 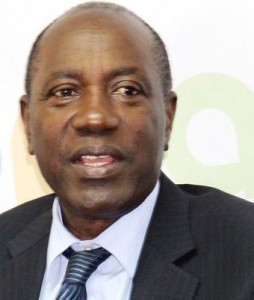 Karuhanga said the convention is going to be the biggest event of the year.

“This is set to be the biggest event of the year; a lot is going to be shared on those two days,” Elly Karuhanga, the UCMP chairman told a media briefing

The two day event is going to be held on April 25 and April 26 under the theme: ‘Regional Collaboration for First Oil’.

A large turnout is expected from top representatives of the government and the private sector against a backdrop of increasing momentum as agreements for the $3.5 billion pipeline to the coast and recently, a new $4 billion refinery in western Uganda have been signed.

Both companies are to make their final investment decisions (FIDs) before the end of the year which would see a sharp influx of both personnel and capital.

Launched eight years ago, UCMP is a not-for-profit, non-governmental umbrella body representing all aspects of the mining and petroleum sectors in Uganda.

The primary function of the Chamber is to efficiently promote, encourage, protect and foster responsible exploration in the growing mining and petroleum sectors of Uganda to benefit the country and all stakeholders.

UCMP general secretary, Sam Thakkar, said the convention will promote the growth and development of Uganda’s mining and petroleum sector.

“This will provide investments that come with a lot of promotion in education, infrastructure development, employment opportunities and others,” he said.