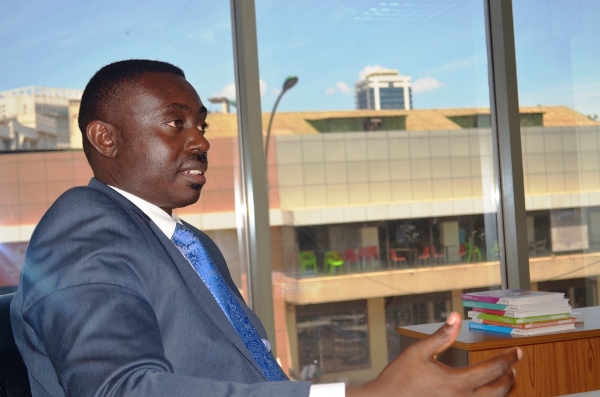 There are some subjects such as the disproportionate cost of procurement in Uganda’s electricity sub-sector that are so disconcerting that few can be comfortable talking about them. Dr Robert Stephen Isabalija, 40, the vice chancellor of Victoria University and Board Chair of the Uganda Electricity Generation Company is no exception. When 256 Business News probes him about the competitiveness of Uganda’s electricity in a regional power pool where Ethiopia is dispatching a kilowatt hour at 6 US cents and the stranded capacity in the system that has caused an artificial surplus of 300MW, he would rather talk about where he wants to see the sector going.

Better Expensive power than none at all

To Isabalija, availability comes first because energy is central to development and not having even expensive power, exposes the economy to a competitive threat by those countries such as Ethiopia that are developing massive generation capacity. Have the power first and then manage the cost later, is for now his operating mantra.

It is an understandable posture given the fact that like the rest of us, Isabalija was only a retail consumer on the Ugandan power grid when carpetbaggery reigned supreme over key project procurement.

That aside, he reasons that Uganda’s geographical location and the model of funding it chose for its energy sector -EPC contracts as opposed to Ethiopia’s concessionary loans and internal funding approach, was always going to translate into a huge cost difference.

“In Uganda we used the EPC model which is significantly more expensive than if one just sought a compound loan which Ethiopia did. And if you look at our location, the distance to the sea will always add to cost,” he argues before reverting to the tired but still relevant egg and chicken analogy.

“The question I always ask is; can a country reasonably expect to develop without adequate supply of energy? When prospective investors explore the investment climate of a country what is the first question they are likely to ask availability or cost of power?” He asks before explaining why everybody in the region is gunning for more generation even from relatively expensive sources such as geothermal.

With its great gorges that will see it generate close to 10,000MW of hydropower, Ethiopia is first turning into a regional electricity powerhouse. This according to Isabalija poses a strategic threat to other economies in the region because it is likely to make Addis the draw card for FDI. And now Ethiopia has gone a step further to offer investors a 50 percent discount on the 6cents industrial tariff.

“First this means that investors were not going there before Ethiopia had power. But more importantly, in a region that is rapidly integrating its economies; it means that if East African Roofing Systems (the biggest player in Uganda’s rolled steel industry) chose to migrate from Uganda to Ethiopia, they could supply up to Southern Africa and still make a profit because the cost of power constitutes almost 35 percent of their input base.

“By inference East Africa could lose both new and existing investors to Ethiopia on the single parameter of abundant and affordable power. For me, the priority is to ensure Uganda has enough power to fuel industrialisation because there is no other way around that.”

But he sees a way around the cost of development which in Uganda is in excess of $ 3.5 million per megawatt, a scale normally associated with mini-hydro power plants. That compares with about $1 million for Ethiopia’s Grand Renaissance Dam and $750,000 for a Megawatt produced by Sudan’s Merowe dam.

“The main driver of the cost of our power, is the loans we get. But we have a cure, we are going to list these projects to bring down the cost of finance,” he says.

The Aga Khan owned 250MW Build Operate and Transfer Bujagali power station is one of the most expensive in the world and for a combination of factors, has set the benchmark for the pricing of power projects in Uganda. Huge cost overruns and commercial loans saw the project come in at more than $900 million. As a result a power project is considered cheap in Uganda even if it is only marginally cheaper than Bujagali. While the cost of a kilowatt hour from the government owned Kiira power station is only 1.12 cents, Bujagali delivers the same kilowatt hour at 11.2cents.

Isabalija argues that ownership is not the issue but rather the absence of fair play. At more than $450 million for a design capacity of 183MW Isimba is still expensive.  “But would say you have a fairer price than what Bujagali is charging. You are going to get power at about 5cents from Isimba.”

Power, power, everywhere but not a light in the house

Another peculiarity of Uganda’s power sector is that despite an access rate of less than 20 percent, more than a third of generation capacity remains unused.  Only 535MW on average is being dispatched against an installed capacity of 850MW.

Isabalija attributes this to two primary problems – discordant development that saw investment in generation capacity not being matched by investment in the transmission and distribution network. Plant availability is also below optimum.

“It is certainly a problem and that is why all new generation projects have a transmission and distribution component in them because even with the current power, there is constrained demand simply because you may not have the capacity to move all the power. So the current low off-take levels are not because we don’t have demand but it is constrained. Once you open up the lines and you can distribute everywhere, you will be in deficit.  For example Nyagak 1 power station in West Nile, has a capacity of 3.2MW.  But it was dispatching only 1.7MW yet in the neighbourhood you find people relying on self generation because there was no distribution network.”

Part of the shortfall comes from low plant availability. Whereas China’s Three Gorges Dam boasts a plant availability of 99.5percent Uganda’s Bujagali is at just 69 percent. Kiira is slightly higher at 75 percent.

Isabalija would not be drawn into discussing incentive structures for higher capacity utilization given that Bujagali collects the full charge for 250MW regardless of how much power it produces.

Despite these nagging challenges, Isabalija sees increased investment in generation as the silver bullet to Uganda’s development especially given the long gestation period of power projects.

“Because every industrialist that comes here will ask for power in terms of cost and availability, the best we can do for now is to solve the problem of availability. Once it is available, we can address cost. The gestation period of a hydropower project is about 5 years and construction takes another four years. Countries that are smart focus on construction and you don’t build for the current but future demand. For instance when fully operational, Namanve industrial park alone, is going to require 500MW. The phosphates plant in Tororo will need 200MW. Those two alone swallow up the 780MW that will be coming on stream when Karuma and Isimba are complete.