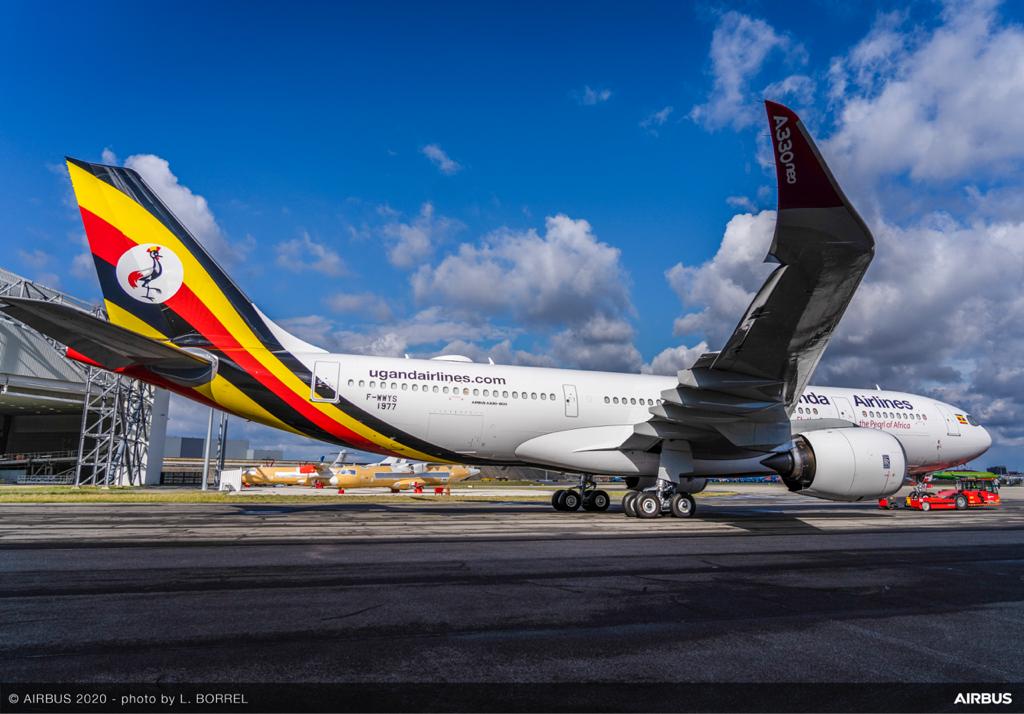 A delegation of officials from the Uganda government and air transport regulator CAA, today began arriving […]

A delegation of officials from the Uganda government and air transport regulator CAA, today began arriving in Toulouse, France, ahead of the formal acceptance of the Uganda Airlines first long-haul aircraft, an Airbus A330-800neo.

The Ugandan team which includes engineers from the CAA, ministry of transport as well as officials from the finance ministry, will inspect the aircraft and give it a clean bill of health ahead of the formal transfer of certificates of title for the asset from Airbus to Uganda. The aircraft will then depart the manufacturer’s Toulouse base in the evening of December 21, for a morning arrival in Entebbe the next day after a 7-hour flight.

256BN was not able to get details of the flight plan but will be tracking the delivery flight in real time.

Uganda has a second -800neo on order whose delivery is expected in mid-January. The pair will be used to develop the long-haul network with efforts to secure landing and departure slots at London Heathrow ongoing. Dubai and Guangzhou in China are the other destinations that have been lined up for the aircraft.