January 22—Ugandan companies hoping for contracts in the budding oil and gas industry under the momentum set by the government to start commercial production by 2020, are beginning to feel less confident of their chances considering the foreign competition they are up against and lack of experience. 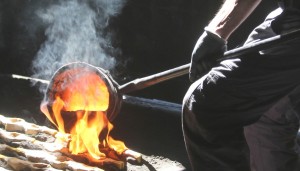 Many locals worry they will be muscled out of the more lucrative contracts that require a large capital outlay, proven expertise and experience that they do not have.

“There will be no trial phase or anything like that for locals to adapt. Once a contract is awarded to you, the oil companies want you to jump right into the deep end. But compared to the capital, expertise and experience of our foreign friends, I fear many of us are going to be disappointed,” one senior executive for a foundry company in Kampala told 256BN last week.

Many locals worry they will be muscled out of the more lucrative contracts that require a large capital outlay, proven expertise and experience that they do not have.

“Some of us want to leverage these oil contracts to get working capital from the banks and that will take time. This may work against us when you have been given specific timelines. I can see a situation where a foreign contractor can fly in equipment and start operations while me, the local company, is still negotiating with a bank,” another engineer told 256BN.

He was among several potential suppliers who turned up at a workshop jointly organised by Gulf Interstate Engineering, the American firm contracted by project partners Total E&P Uganda, China National Offshore Oil Corporation Uganda and Tullow Oil Uganda to conduct the Front End Engineering Design (FEED) of the export pipeline.

Gulf provides project management, engineering and design, procurement and material and construction management services for oil and gas production, transportation and storage systems. Participants turned up to hear the opportunities for local businesses and service providers for the pipeline.

The proposed 1450 kilometre East African Crude Oil Pipeline (EACOP) will run from the oilfields in western Uganda to Tanga port in Tanzania and cost in the region of $3.4 billion. Financing is being sourced from international money markets but Total will bear a big chunk of the cost.

However once again, the government has assured Ugandan contractors listed on the National Suppliers Data Base, that their interests are being catered for to encourage local content of the industry. Between $8 billion and $15 billion is to be invested in developing the two billion barrels of Uganda’s recoverable crude out of an estimated total six billion in reserves. New infrastructure includes building a new oil refinery.

Irene Batebe, the Commissioner Midstream Petroleum Department at the Ministry of Energy and Mineral Development said there are many opportunities for Ugandan businesses and workers to benefit from the biggest project that Uganda has ever carried out. However, these opportunities will not be realized without proper planning.

“EACOP will be the longest heated and buried crude oil pipeline (in the world) traversing nine districts. However this project is an international project and will be constructed based on the international standards as prescribed by ISO. We are doing everything possible to prepare our suppliers for this role where ever there is need for innovation and focus on quality to be able to compete with the Tanzanian companies and the international companies,” she said.

Nelson Ofwono, a  local content analyst, felt that Tanzania has better chances at getting the jobs and the contracts because of past experiences in similar projects.  Three years ago, Tanzania completed the 550 kilometre Mtwara-Dar es Salaam gas pipeline.

Batebe said findings from a report by the Petroleum Authority of Uganda (PAU) shows there are 15 categories of goods and services ring-fenced for Ugandans including logistics, clearing and forwarding, civil works, catering and hospitality and waste management.

According to officials from Gulf, Ugandan companies are well positioned to gain from this project. However there is need for more strategic planning in terms of skilling-up workers and equipping their companies with capital so that locals can gain a foothold.

“The requirements for the EACOP material, service and labour have all been underlined in this report that we have handed over to PAU. If companies study it well and follow the recommendations, we are positive that they will gain a lot from this project,” a Gulf official said.

However some local suppliers expressed concerns that they have not been well prepared and will be out-competed by their Tanzanian counterparts or international firms whom they said have had long experience in these kinds of projects.

A mid-level manager with a Kampala logistics firm told 256BN, “The oil industry is new in Uganda. We are new at it. It will take time for the full financial benefits to reach home at this stage and I am not holding my hopes up too high except for small things like serving food and getting rid of the waste. We just do not have the know-how,” she said.

Richard Okot, from Civicon Limited, worried that chances of benefiting from this project seem limited, because of the stiff competition that will come from international bidders.

On the other hand, Ugandans are still slow at pursuing joint ventures which is seen by many experts as the best way to mitigate against foreign domination and increase a share of the contract money staying in Uganda.