Loan approvals down 5.8% in January despite rate cut 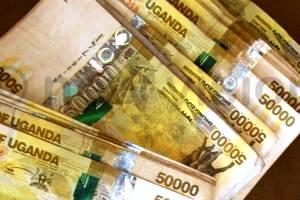 According to the latest ‘Performance of the Economy’ report for February 2018, and published early this week by the finance ministry, by January 2018, the stock of outstanding Private Sector Credit (PSC) amounted to UGX12,654.8 billion. This reflects a drop of 1.3% as compared to the December 2017 levels.

The report states, ‘The contraction in credit extended to borrowers is in part attributed to the continued risk aversion by commercial banks’.

However other sources in the banking industry told 256BN a notable aspect of the new International Financial Reporting Standard (IFRS) 9 provisions is the introduction of the expected credit loss (ECL) regime for loans which sharply increases the reserves banks must hold against future losses.

“In light of the new IFRS 9 provisions which came in force at the beginning of the year, we have to be much more careful who we lend to, because we have to cover the losses in case of default in our books almost immediately after approvals of the loan which was not the case in previously,” one banker said. He added that long term customers are getting loans at rates well below the present average of 20%.

Lending rates have been going down, but not fast enough for many in the government including finance minister, Matia Kasaija. He recently announced plans to meet with the country’s top bankers to find out why. He is particularly concerned with the small and medium enterprise category that often do not have the financial track records to inspire many banks to offer no more than working capital, but not finance for expansion.

With the Bank of Uganda steadily lowering the CBR since early last year average lending rates have fallen from 22.4% in January 2017 to 20.3% in January 2018.  The easing of the monetary policy is in line with falling inflation.

Annual headline inflation declined from 3.0% in January 2018 to 2.1% in February 2018, its lowest level since March 2015. This slowdown was driven by a decline in core inflation majorly resulting from a bigger drop in prices for sugar (-11.5% in February compared to -4.0% the previous month). In addition, there a decline in food crops and related items inflation resulting from better agricultural yields due to the favourable weather conditions.

Business sentiment also remains positive over the three months between March and May as reflected in the Business Tendency Index (BTI) which stood at 56.29 in February.

Findings derived from the BTI show that with the exception of agriculture, investor sentiments were optimistic in all sectors for the next three months ending May.

However, despite the BTI being positive, it has been reducing for the last four months. When asked about this trend, businesses cited increased competition, exchange rate fluctuations and high taxes as the top three factors affecting business activity/production. Other factors include the high cost of finance and price fluctuations.