January 30—Quartz writer, Preeti Varathann, says that in 1950, the average African had almost twice as […] 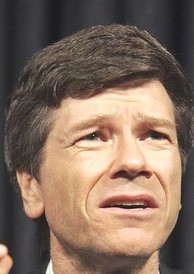 Jeffrey Sachs thinks natural resources like oil are a curse.

January 30—Quartz writer, Preeti Varathann, says that in 1950, the average African had almost twice as much income as the average Asian.

At 63% of the world’s average, she/he wasn’t far behind the typical global citizen, either.

By 2016, the opposite was true. The average Asian made close to 80% of the average global citizen, but the average African was relatively worse-off, making a little over 40% of the worldwide average.

Asia’s dramatic turnaround isn’t entirely surprising. In the first half of the 20th century, many parts of the continent suffered through extreme poverty and decimation thanks in part to World War II, which itself precipitated wars in Japan and Korea, the Great Leap Forward in China (with its death toll of at least 20 million), and the partition of India.

But by the turn of the 21st century, powerhouses like China and India had abandoned their communist and colonial governments, marshaled private funding, increased foreign direct investment, and positioned themselves as export economies.

Places like Singapore, Taiwan, and Hong Kong also spurred Asia’s wealth by re-inventing themselves as the central—and indispensable—financial hubs of the Asian economy.

This eerie divergence in post-colonial fortunes isn’t just an Asian story. The 1950 African economy was awash in money from oil, gold, diamonds, and other natural resources that, combined with Africa’s land wealth (sub-Saharan Africa is larger than China, the United States, and India combined), should have fostered diverse and fruitful markets. But colonialism and the slave trade had left the continent with little labour; between 1650 and 1850, Africa’s population barely grew.

It’s telling of Africa’s deep resource wealth that it took more than 35 years for average incomes in Asia to catch up. Some economists, like Jeffrey Sachs, believe that resources are a curse: countries like Cameroon, for example, have experienced weaker growth than less resource-abundant nations.

But economists Daron Acemoglu and James Robinson (from MIT and Harvard, respectively), point to th success of Australia, Chile, Norway, and the United States in using resources to grow their economies. They argue that African countries were hurt not by their richness in one resource, but by the absence of political and economic institutions prior to the discovery of that resource. Without such institutions, which can turn a one-commodity boon into a diversified economy, the resource well will eventually run dry.

Artadi and Sala-i-Martin estimate that if Africa’s school enrollment rates had matched the Organisation of Economic Cooperation and Development (OECD, wealthiest countries in the world) in the 40 years since 1975, its economy would have grown by 2.37% (instead of 0.9%).

Ironically, lack of investment in Africa may soon be changing… thanks to China. In a true reversal of fortunes, the country is now one of Africa’s largest investors,  and committed $60 billion to the continent in 2015.