Leapfrogging remains only option for Africa 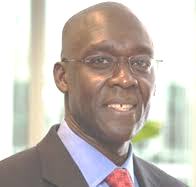 October 11—Makhtar Diop, the Vice President for Africa, World Bank Group asks: Can Africa leapfrog its way into the future? Below is the rest of his article published in the China Daily.

There is no doubt that technology and innovation are transforming Africa. Across Sub-Saharan Africa, phones now act as banks for millions of Africans who cannot even dream of opening a traditional bank account.

With the touch of a button, small farmers can find out how much they should be charging for their crops. People can buy solar energy using a phone, get their hearts examined in rural Cameroon using a medical tablet, or get blood delivered by drones in Rwanda.

But these achievements mask a tougher reality. For Africa to leapfrog further into the future, a number of conditions must be met, including investment in infrastructure, having the right regulatory environment for new business models to be tested, and paying deliberate attention to research and development, science and technology.

On a trip to Guangdong province, China, a couple of years ago, I toured one of the world’s largest mobile phone assembly plants. I was stunned to find out that nearly all of the young workers I met there only had a high school degree but their level of technical literacy probably exceeded that of the average African college graduate.

The truth is we cannot achieve innovation without a properly trained workforce and a robust education system. A recent World Development Report on Education found that most sixth grade students in Sub-Saharan Africa are not sufficiently competent in reading or math.

This has to change. Kenya was able to deploy electricity and internet access to remote rural schools, raising the proportion of schools with electricity from 43 percent in 2013 to 95 percent in 2016. More than 90,000 teachers have been trained in delivering digital learning while e-learning has been introduced in more than 18,000 primary schools. These investments will pay off.

Let us not forget that half of Africa’s adults never attended school or only have a primary school education. Making sure these adults are not left behind by teaching basic computer skills is also part of the solution. In fact, technology is evolving at such a fast pace countries cannot afford to be in catch-up mode (half the countries on the list of nations with the slowest internet speeds in the world are in Sub-Saharan Africa).

From Accra to Dar es Salaam, young people－who have internet access－seem unstoppable; provided they get access to finance to unleash their potential. Consider this: Tech start-ups in Africa raised $129 million in funding last year, not a bad amount but only a drop compared to how much more we need to make a significant leap.

All over the continent, I meet talented young entrepreneurs who are changing their country one startup at a time. These young people see a problem and try to fix it. By developing homegrown solutions, they could become one of the primary sources of job creation in their country. From the small startups to the big infrastructure projects needed to electrify the continent, the biggest constraint is often the lack of adequate financing.

Africa has a unique opportunity to fuel its future by betting on renewable energies, but what will it take? Leapfrogging in the energy sector requires massive amounts of investment but also the modernization of public utilities, regulations and finance. Infrastructure finance can be leapfrogged by developing unconventional financing solutions. The World Bank Group is playing its part by securing high quality international investment and attracting domestic finance by providing risk mitigation instruments such as guarantees.

China－Africa’s largest economic partner－invests a considerable amount of money in skills development and infrastructure, and is working with Africa to boost technology adoption (according to one recent survey one-third of Chinese firms operating in Africa have introduced a new technology).

Not all leapfrogging attempts will be successful. African countries, as well as the private sector or development partners, must be willing to take risks and learn from failures. One thing is certain: we must be bold and treat constraints as opportunities. Treating those constraints as investments opportunities and creating an environment conducive to technological diffusion is precisely how Africa will harness innovation and own the 21st century.