August 14, 2018— Cipla Quality Chemical Industries Uganda, the region’s biggest maker of Anti-retroviral (ARV) drugs announced an initial public opening sale of 657,179,319 shares, nearly half of the company, on the Uganda Securities Exchange (USE) this morning. ARVs are a major component in the diminishing the worst aspects of  AIDS. 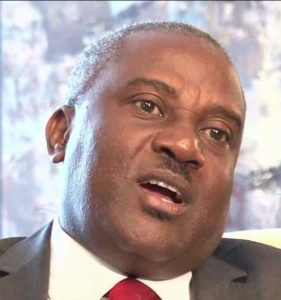 Katongole, who founded Quality Chemicals and subsequently brought in Indian investors, has seen the company become a major player in the regional pharmaceutical industry.

Matia Kasaija, finance minister presided over the event, this being the first IPO in over 10 years. CiplaQCIL Uganda, which is partly owned by India’s Cipla Limited, started operations 13 years ago and is also a manufacturer of anti-malarial (ACTs) and hepatitis medicines.

Each share is selling for UGX 256.5 (less than one US cents), with the minimal share of about 1000 shares. The offer is open from August 14 to August 24, 2018 to individual and company investors. Kasaija promised to buy UGX 10 million worth.

Executive Chairman, Emmanuel Katongole said the company’s willingness to offer its shares to all willing Ugandans and foreigners is rooted in the fact that the company is willing to offer viable investment opportunities to Ugandans and allowing them to walk with them on a journey to  make Uganda a disease free country.

“Since our humble beginnings 13 years ago, we have made tremendous contribution in saving lives by arresting the scourge of dreaded diseases like malaria, HIV/AIDS and hepatitis B within Uganda and around Africa. By buying shares and being part of this company, our shareholders will become part of this initiative in addition to earning a reasonable return on their investment,” Katongole said.

However the company will retain 51.1% of its shares to better shape further innovation and technology developments. Nevin Bradford, the company’s CEO said CiplaQCIL Uganda has good financial footing and plans are to become a Centre of Excellence in manufacturing of quality, affordable and new medicine that improve the quality and quantity of life in sub-Saharan Africa.

“Our products are pre-qualified by the World Health Organisation (WHO) and approved by regulatory authorities in 19 countries. We are also the only pharmaceutical manufacturer in sub- Saharan Africa supplying malaria medicine to the Global Fund,” he said.

Keith Kalyegira, the Uganda Capital Markets Authority CEO commended CiplaQCIL for the milestone saying that the company had been reviewed and found fit to list on the market. “The company has completed all the requirements and the fact that Cipla is allowing to sell some of its shares and be open to public scrutiny means that the company’s books of accounts are in order,” Kalyegira said. CiplaQCIL will become the 17th listing on the USE since its inception in 1997.